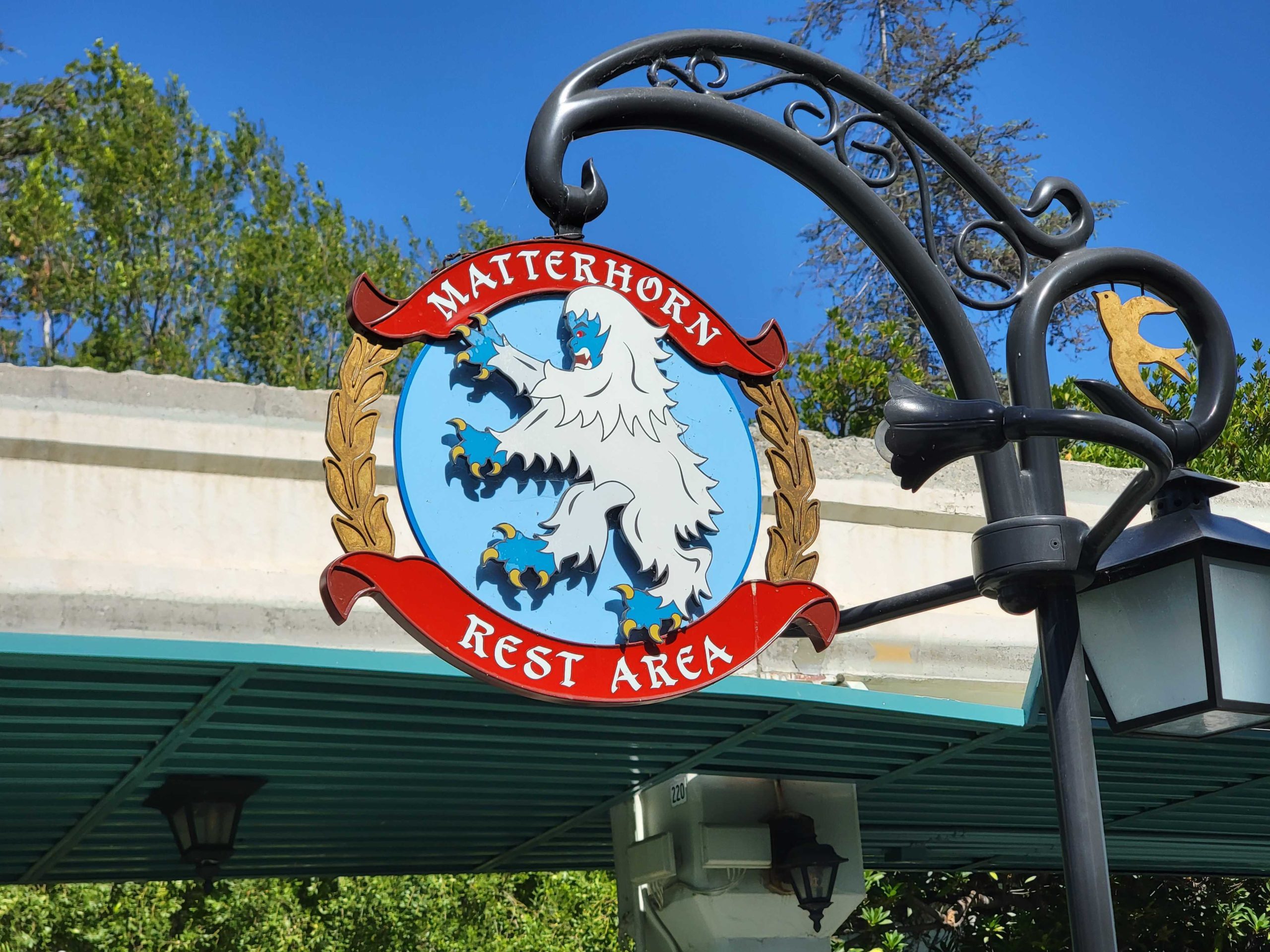 The former FastPass area next to Matterhorn Bobsleds in Disneyland has been refurbished to become the “Matterhorn Rest Area.”

Construction walls were up for a while, but have been taken down.

Cast Members were at an information podium under an umbrella in the rest area. Guests were lounging in the shade behind the Cast Members when we passed by.

A new sign hanging over the area reads “Matterhorn Rest Area” around a stylized image of the Yeti.