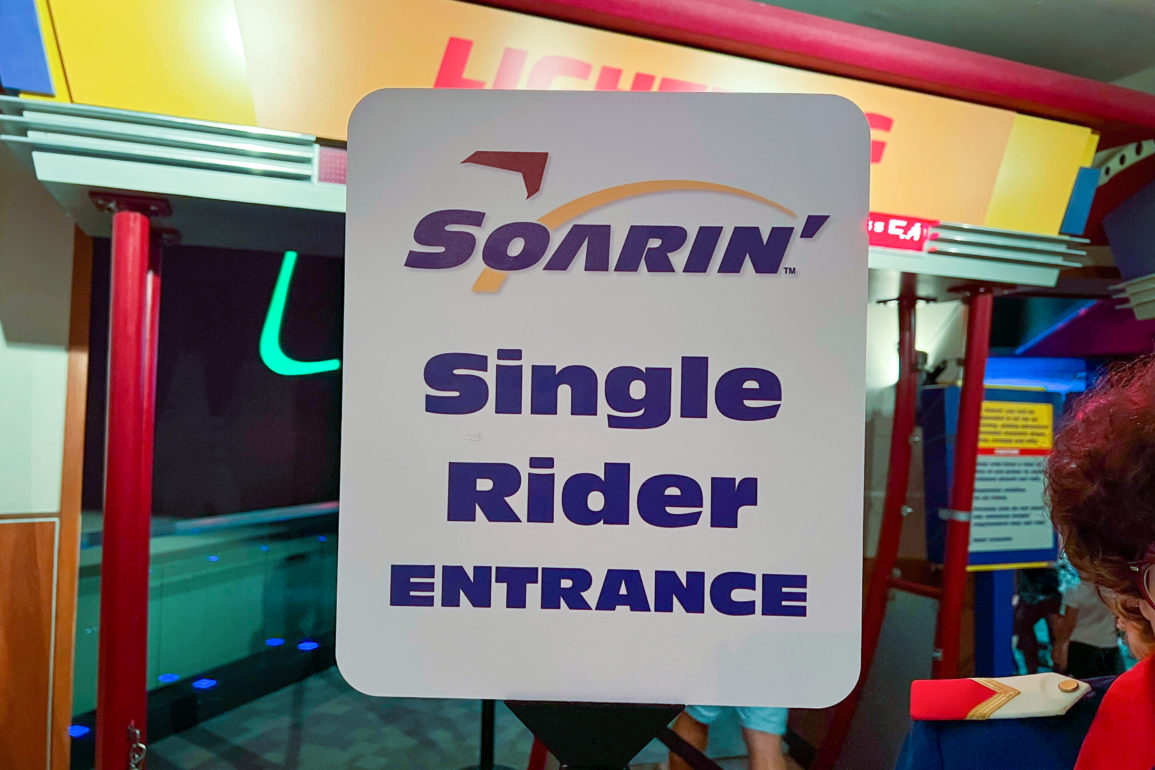 Soarin’ Around the World, the popular gliding simulation attraction at EPCOT, is testing the return of its long-removed single rider line. The attraction originally opened in 2005 offering a single rider option, but the line was removed shortly after due to a lack of guest interest.

Guests approach the ride’s entrance from within The Land pavilion. A Cast Member is holding a Soarin’ Single Rider Entrance sign, and guests wishing to utilize the single rider line will enter the left side of the Lightning Lane entrance.

Much like the four other Walt Disney World attractions with single rider lines (Test Track, Millennium Falcon: Smugglers Run, Expedition Everest, and Rock ‘n’ Rollercoaster Starring Aerosmith), guests should expect to be separated from their parties once placed into different boarding zones and rows.

Cast Members have confirmed that this is currently only a test, and the single rider line may be unavailable at different points throughout the day or suspended altogether.

Will you utilize the Soarin’ single rider line if it’s there during your next EPCOT visit? Leave us a comment and let us know!