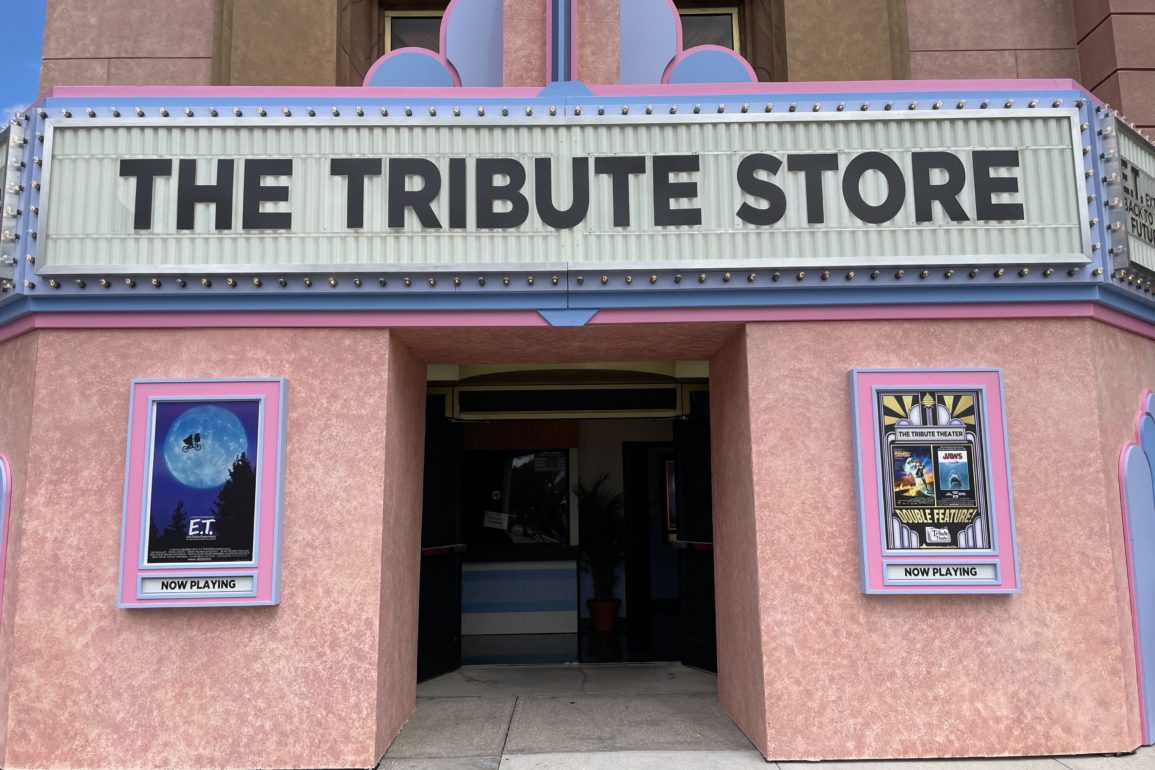 As Universal Studios Florida prepares for Halloween Horror Nights, the Summer Tribute Store will close August 7 to begin its own terrifying transformation.

Clues have been gradually placed within the store to suggest that the movie theater theme may continue into the fall, albeit with a more sinister edge.

Halloween Horror Nights fans can even be a part of this year’s Tribute Store by getting their name and face on a mausoleum plaque. which will be displayed in the shop during the season.

But before the Tribute Theater gets spooky, there are still a few more days to grab some more merchandise and snacks inspired by three classic Universal Pictures films: “Jaws,” “E.T. the Extra-Terrestrial,” and “Back to the Future.”