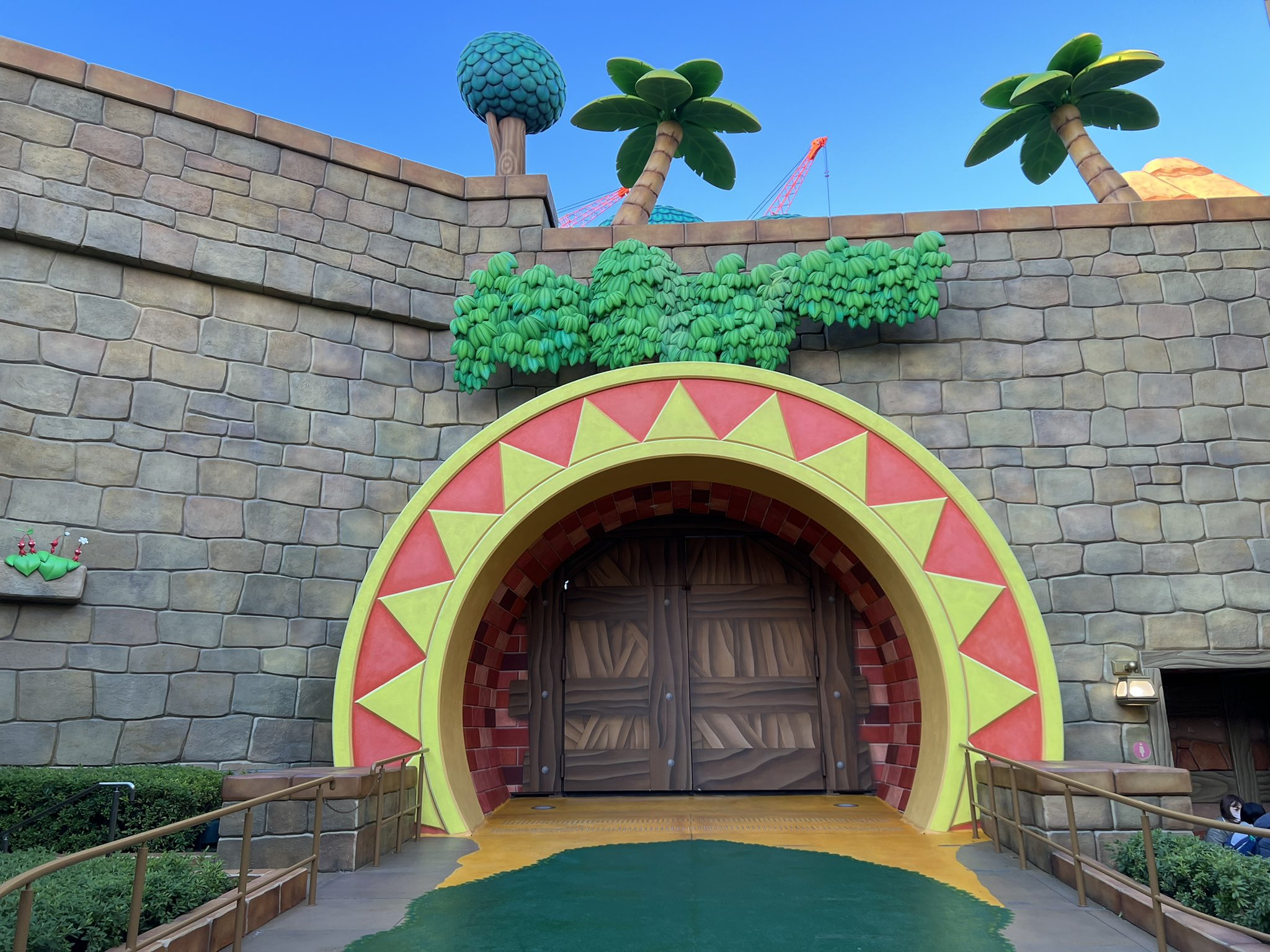 Even though we’re still years away from the opening of the Donkey Kong expansion to Super Nintendo World, don’t throw your barrels just yet! Alicia Stella at Orlando Park Stop has provided a sneak peek at what to expect when it opens in 2024 at Universal Studios Japan and 2025 at Universal’s Epic Universe.

Currently, a gateway to the expansion is already in place underneath Yoshi’s Adventure in Japan, with construction underway behind it. In addition to a family roller coaster featuring characters from the Donkey Kong games, it’s expected to be home to a character meet-and-greet, interactive games, snack stands, and a small shop.

The ride, rumored to be named “Mine Cart Madness,” will be the centerpiece of the mini land. As the name suggests, guests will ride around in mine carts, just like in the games. According to patents filed by Universal for the “Boom Coaster,” while the carts will appear to run along an old track, they actually run on a rail underneath, allowing carts to jump over gaps in the “track.”

The carts will hold two rows of two guests, with four altogether in a cart. Several years ago, a Reddit user managed to catch testing of prototype cars, as seen above.

Based on concept art from the announcement, the ride will take place in a golden jungle temple and may have both outdoor and indoor portions.

Based on the concept art, a treehouse will likely serve as the meet-and-greet area, while a plane located near the entrance/exit portal should be the expansion’s shop, dubbed by Stella as “Funky’s Fly ‘n’ Buy,” themed after the character of Funky Kong. While “Mine Cart Madness” won’t have a dedicated gift shop at the exit, there will be a stand to purchase photos taken on the ride.

Much like the rest of Super Nintendo World, it’s almost assured that the interactive games will require a Power-Up Band, available for purchase around the land. Stella reports that there may be three games: one centered around Rambi the Rhinoceros, a multiplayer game centered around Ellie the Elephant, and one that involves water cannons.

Currently, only the Universal Studios Japan expansion has been formally announced, though construction at Universal’s Epic Universe seems to follow the same pattern. As of the writing of this article, it’s unlikely that it will be part of Super Nintendo World at Universal Studios Hollywood, though it’s possible it could also be included as a future expansion.