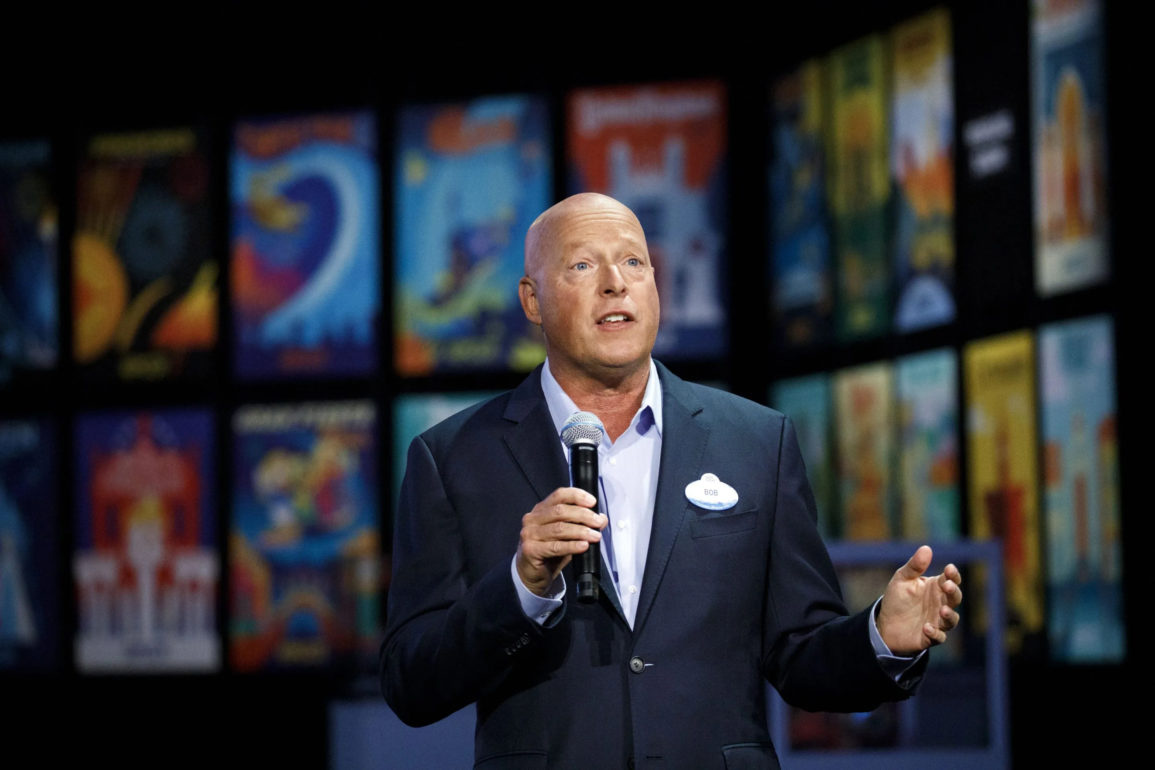 In a new interview with The Hollywood Reporter during D23 Expo, Disney CEO Bob Chapek touched on a number of issues during his tenure as CEO, including controversies related to Annual Passholders, the “Don’t Say Gay” saga, and the conflict with Scarlett Johansson early in his tenure.

First up, when asked about how much content is being developed specifically for Disney+, Chapek responded “It’s important to go back to when Disney+ was launched and what the hypothesis was about how much food you had to give that system for it to truly maximize its potential, and I would say we dramatically underestimated the hungry beast and how much content it needed to be fed. As we were realizing that, COVID hit and we were completely constrained in terms of making new things.”

He additionally notes “Now that production is back fully and we have a full understanding of what’s needed, right about now — this fall — we’re in a position to fully program theatrical exhibition, without having to steal content from one place or another, as well as our streaming services.”

Chapek also believes that Disney could launch a successful franchise based on a property original to Disney+ rather than traditional theaters or television networks. He notes they have “flexibility” now on where to send things, stating “That doesn’t mean we’re not going to take great Marvel and Star Wars movies, and Avatar, and put them first in theatrical. We will because it’s a wonderful way to experience those films. But that does not mean that everything, for it to be credible or for it to eventually turn into a Disney franchise, has to go through that.”

Moving on to the issue of the theme parks and “superfans”, he directly addresses the reservation system specifically, stating “We love the superfans, obviously… we celebrate that. But at the same time, we’ve got to make sure that there’s room in the park for the family from Denver that comes once every five years. We didn’t have a reservation system and we didn’t control the number of annual passes we distributed and frankly, the annual pass as a value was so great that people were literally coming all the time and the accessibility of the park was unlimited to them and that family from Denver would get to the park and not be let in. That doesn’t seem like a real balanced proposition. I guess it’s possible that the superfans look at that as a disadvantaging of the way they consume the park, but we’ve got to make sure that not only are we heeding the needs of our superfans, but we’re heeding the needs of everyone who travels from across the country one time every five years. We have a real high-class problem: We have much more demand than there is supply. What we will not bend on is giving somebody a less than stellar experience in the parks because we jammed too many people in there. If we’re going to have that foundational rule, you have to start balancing who you let in. … Our ticket prices and constraints we put on how often people can come and when they come is a direct reflection of demand. When is it too much? Demand will tell us when it’s too much.”

Following this, he acknowledged that he was one voice in the Scarlett Johansson issue back in 2021, and many others had a vote in the issue as well. But he says Disney’s relationship with her and her agency “has never been better.”

In regards to the “Don’t Say Gay” controversy in Florida earlier this year, Chapek stood firm with his convictions. “These are complex social issues where we absolutely, positively want to represent the needs and the expectations of our cast members, but we also realize that sometimes in such a divided world, there’s not alignment between what possibly large constituencies of our guest and consumer base are looking for in terms of the kind of content that they want to show their kids at this particular time,” he said. “

“What we try to do is be everything to everybody. That tends to be very difficult because we’re the Walt Disney Company. When you’re a lightning rod for clicks and for political podium speeches, the essence of our brand can be misappropriated or misused to try to fit the needs of any one particular group’s agenda. We want to rise above that. We believe Disney is a place where people can come together with shared values of what an optimistic and ideal future can be. We certainly don’t want to get caught up in any political subterfuge, but at the same time we also realize that we want to represent a brighter tomorrow for families of all types, regardless of how they define themselves.”

The full interview with Bob Chapek is available on The Hollywood Reporter.

What are your thoughts on Chapek’s tenure? Let us know in the comments below!