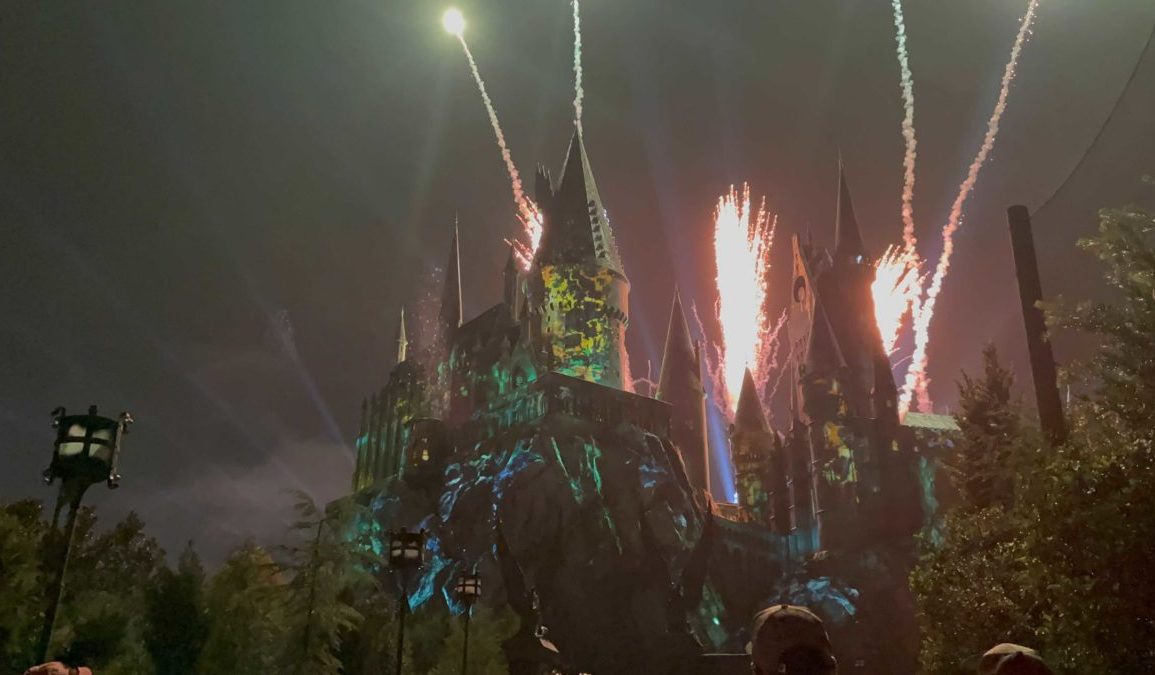 The Dark Arts at Hogwarts Castle will be returning to Universal’s Islands of Adventure on select nights from September 16th through October 31st, 2022.

From Universal: As darkness falls on Hogwarts™ castle, Dementors™, Death Eaters™ and other unspeakable creatures cloak the stone walls in sinister images and fiendish magic. Chaos erupts as the image of Lord Voldemort™ joins the fray, summoning his cruel legions to swarm the castle. Stare in awe at the castle’s takeover during this ominous spectacle of light and music.

This powerful spectacle is accompanied by an atmospheric musical score created by John Williams.

In the past, the spectacle has included appearances in person by numerous sinister creatures, as well as projections onto Hogwarts Castle.