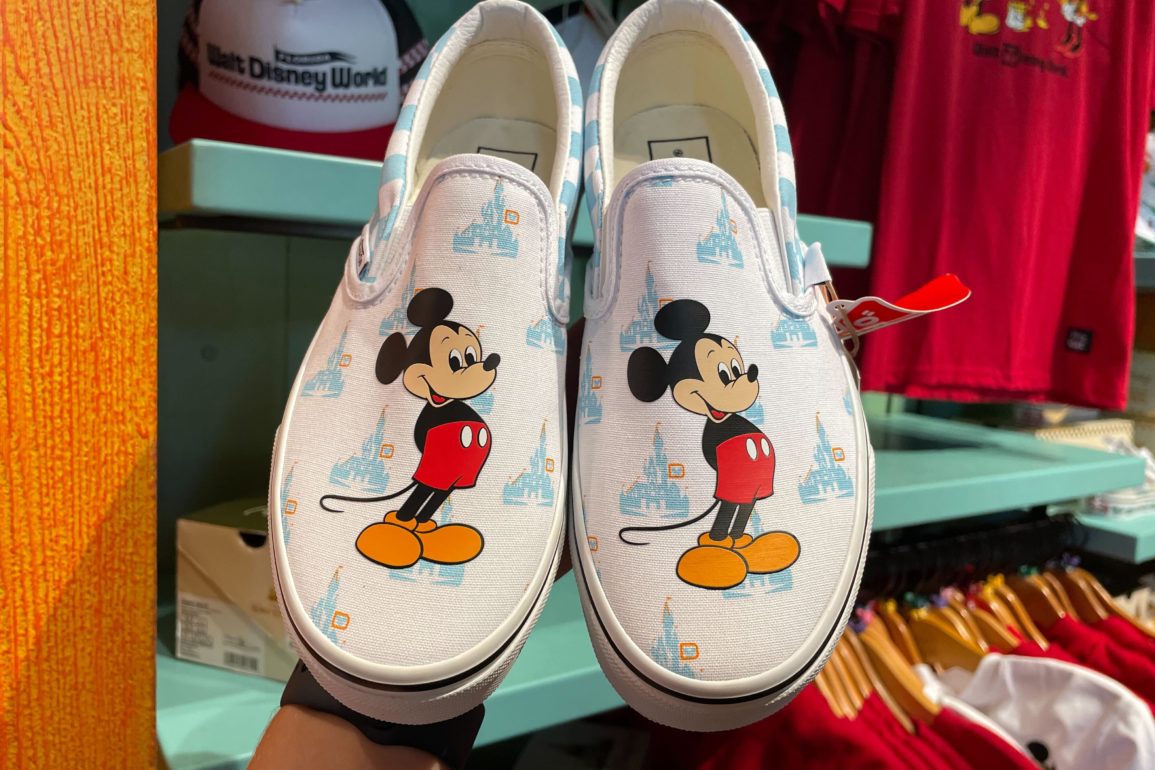 The Mickey Mouse print on the front is clear and seems to be of high quality, while the castle print is within the fabric itself.
Home
Parks & Resorts
Walt Disney World Resort

The Vans have a print of Mickey Mouse over a pale blue retro castle background, matching much of the Vault Collection merchandise.

The shoes feature a white sole and a black trim running around the edge, in addition to a light blue checkerboard pattern that matches the castle near the sides of the heel.

The back of the shoes feature the same castle print as the front, as well as the Vans label.

Prominent treading can be seen along the bottom, allowing for good traction on these rainy Florida afternoons.

They come in a metallic gold and cream box with the Walt Disney World 50th anniversary logo on the side.

The front of the box features the logos for Disney and Vans in metallic gold with a checkerboard pattern on the outside.

The retro style is sure to fit in with other pieces in the anniversary collections, such as this Cinderella Castle Vault Collection Spirit Jersey.