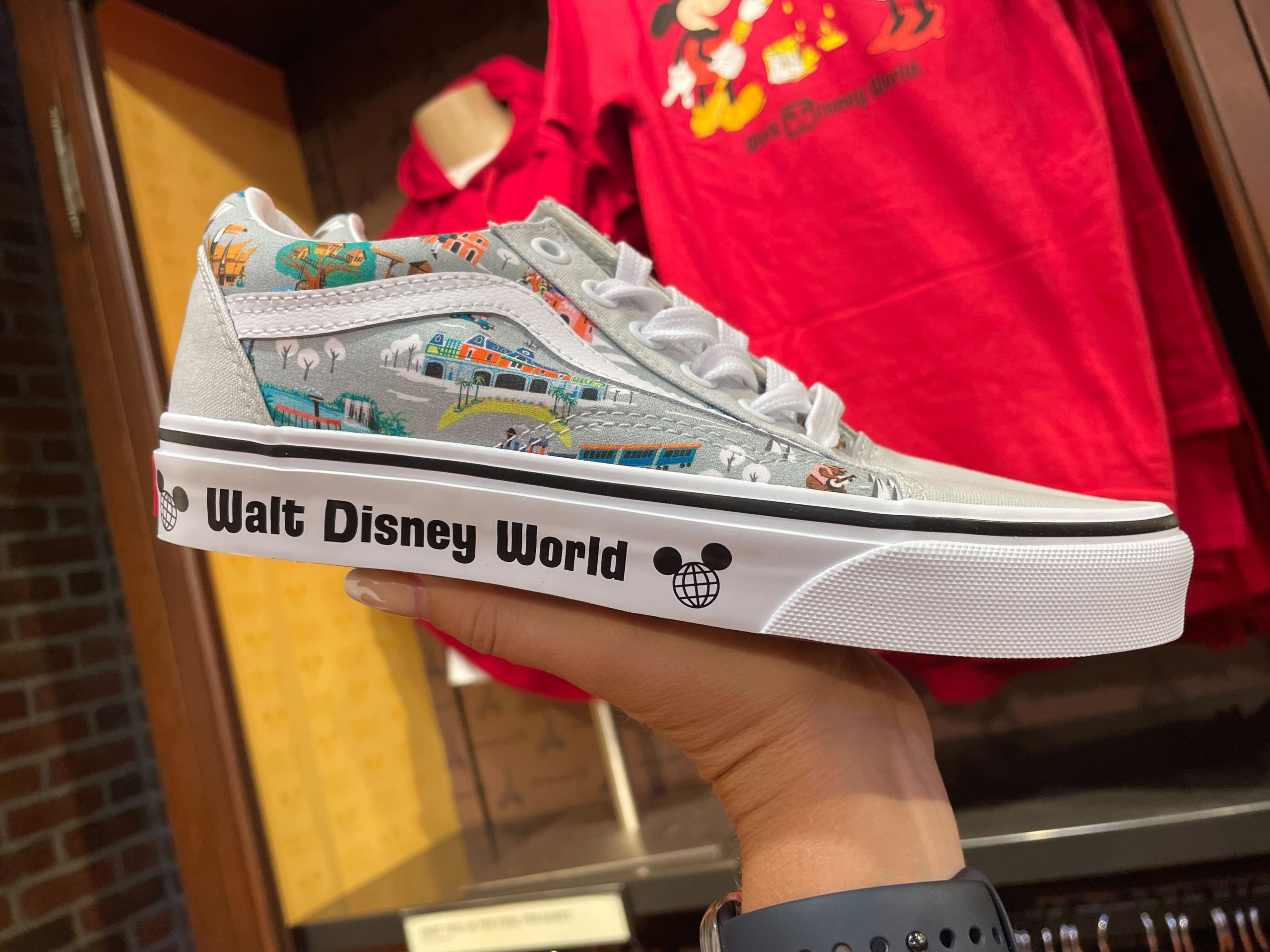 Just a week after the apparel launched, Vans has brought its classic sneakers to Walt Disney World’s 50th anniversary celebration.

The sneakers come in a cream-and-gold colored box, featuring both the Disney and Vans logos along with a checkerboard border.

The 50th anniversary logo can be found several sides of the box.

The interior has more of the checkerboard pattern.

The sneakers come in the “Old Skool” model.

Much like the apparel, the sneakers feature retro-style art inspired by Walt Disney World’s 50th anniversary.

Drawing from the Magic Kingdom’s opening day attractions, the sneaker includes such sights as the main entrance, the Jungle Cruise, and Swiss Family Treehouse on a gray background. The classic Walt Disney World wordmark is shown in black on the white sole, flanked by Mickey-eared globes.

Even the Country Bear Jamboree’s Big Al gets his moment!

The opposite side shows locations like Walt Disney’s Enchanted Tiki Room, Cinderella Castle, and more of the Jungle Cruise.

The back has the classic globe logo inside the D above the Vans “Off the Wall” emblem.

The artwork continues onto the tongue of the shoe as well.

The sneakers are available in men’s sizes 4 through 12 and women’s sizes 5.5 through 10.5. We found them at the Marketplace Co-Op in Disney Springs.