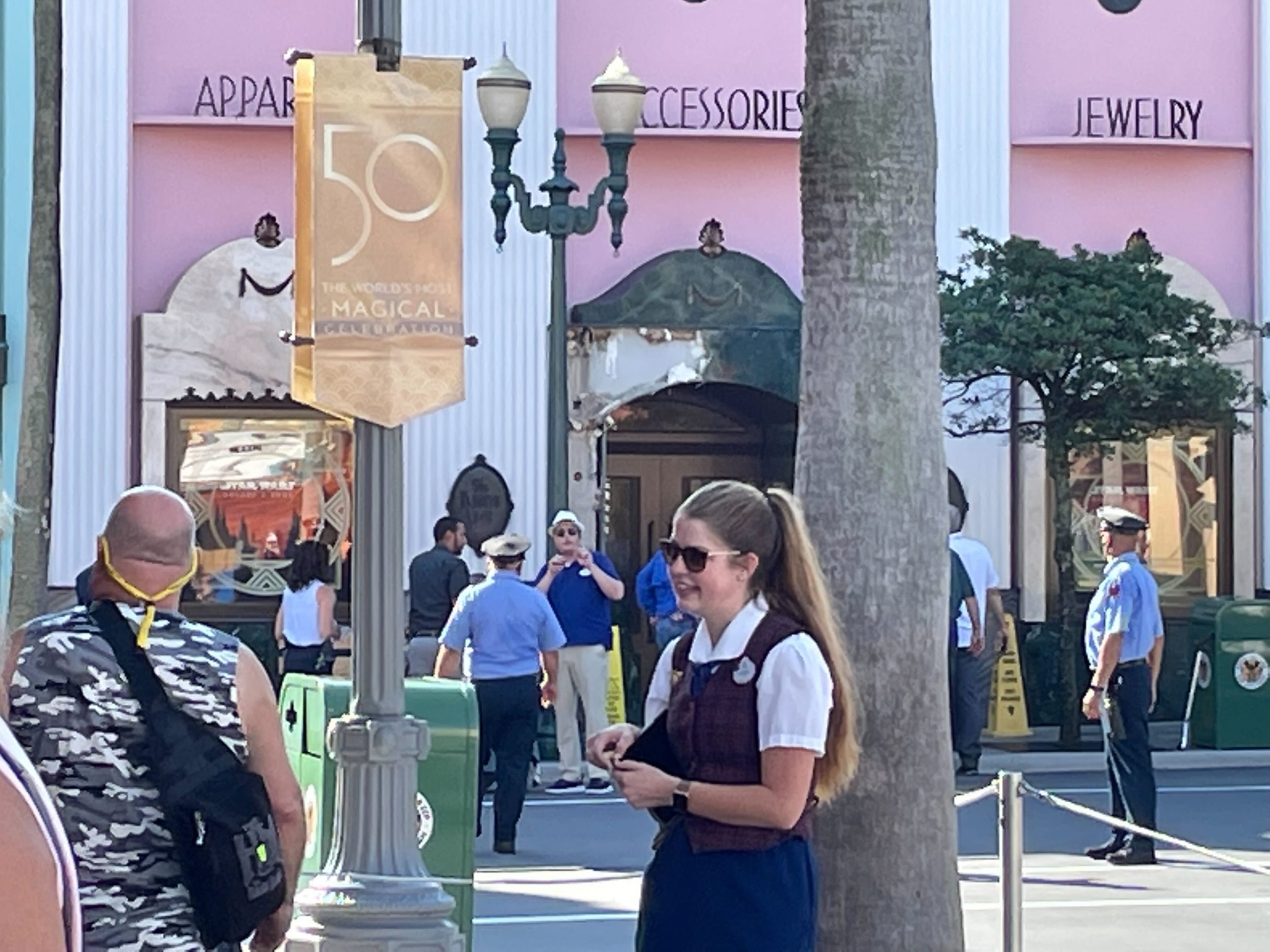 This morning, something caused a good-sized chunk of wall around a doorway to collapse at Keystone Clothiers, a popular store on Hollywood Boulevard near the entrance of Disney’s Hollywood Studios.

Entry to the park was a bit backed up even 30 minutes after park open, we suspect due to this incident. A large portion of Hollywood Boulevard is now closed off, meaning guests have to walk around this area to proceed to other sections of the park.

This side portion of the Keystone Clothiers facade (which replicates the historic Max Factor building in Los Angeles) appears to have crumbled right off of its support structure and onto the ground. An entire light fixture from the side of the entrance came down with it.

Managers, security, maintenance staff, and more surround the crumbled facade, as they try to figure out a repair plan in the middle of a theme park operating day.

Cast Members we spoke to speculated at that an electric wheelchair struck the facade and then the large portion fell down, but that is unconfirmed at this time. Medical personnel were spotted leaving the scene just after we arrived.

Keystone Clothiers, which currently sells Marvel and Star Wars goods, is closed for the time being. Disney World sells the same merchandise in many stores, so there isn’t much for guests to miss out on.