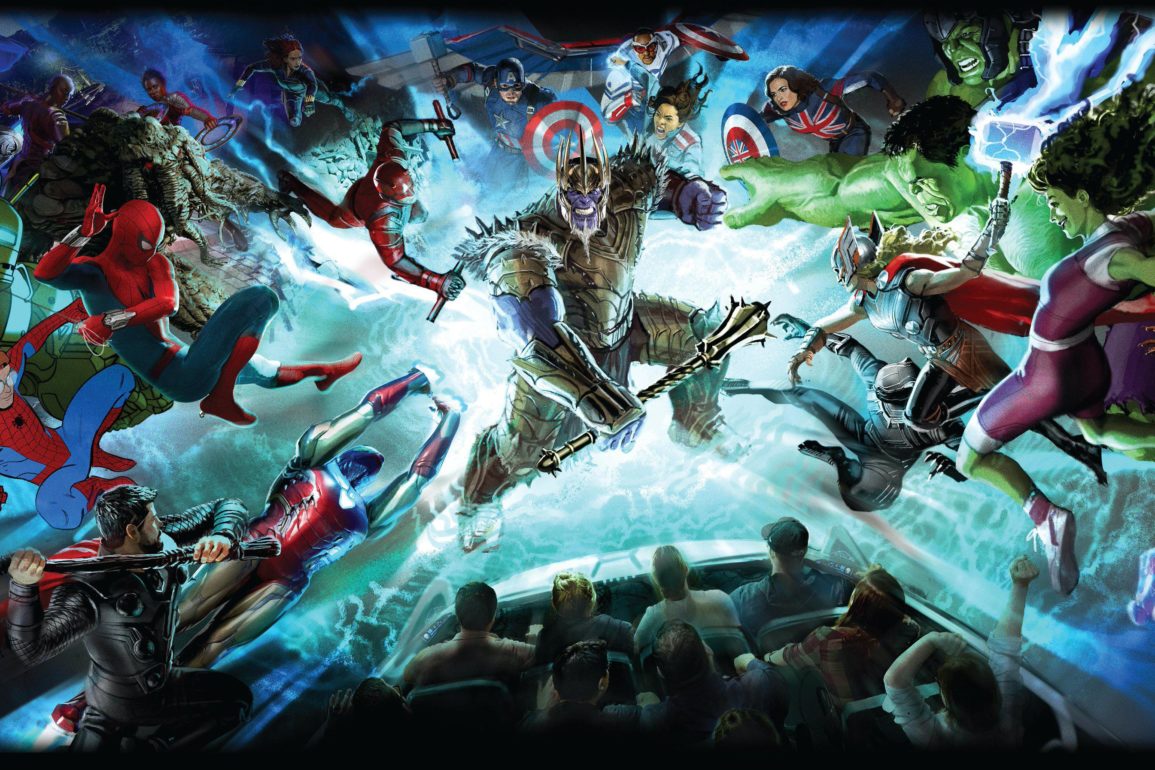 With this attraction and more Avengers Campus updates, the land can include characters “from anywhere” in the multiverse. The new attraction will feature a “brand-new story that will bring guests into battle alongside their favorite Super Heroes.” Concept art features heroes in different art styles attacking King Thanos.

King Thanos is a version of Thanos who won, unlike in the events of Avengers: Endgame.

New concept art released is similar to the original Avengers Campus concept art, but highlights the area around the Quinjet with purple light. A Quinjet e-ticket attraction was originally planned for Avengers Campus but didn’t open with the land.