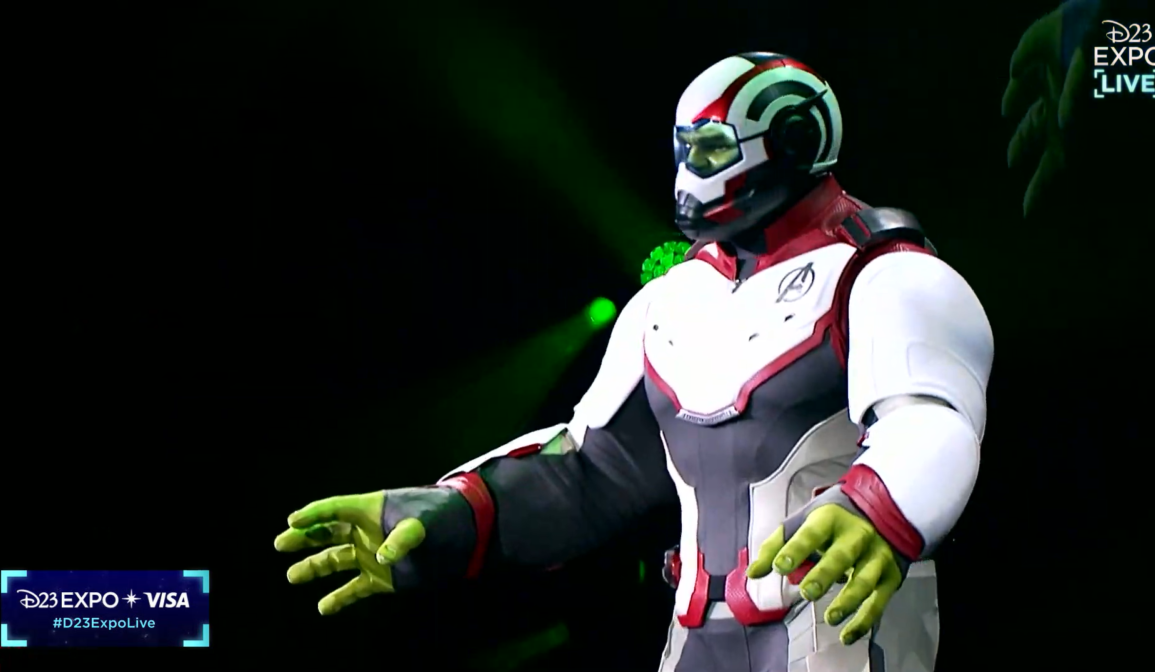 The Hulk appeared at D23 Expo today during a demonstration of the Project Exo robotic character exoskeletons, and it was announced he’d be appearing at Avengers Campus for meet and greets starting next week for a limited time.

The goal of Project Exo is to allow giant characters like the Hulk to appear at Disney Parks and interact with guests. Other characters that could come to life thanks to these robotic suits include a Wampa from “Star Wars” and the Yeti/Abominable Snowman. The exoskeletons redistribute weight so the characters can move naturally and the performers can remain relatively comfortable. They control the character’s movements from inside the suit.

The Hulk appeared in his white, red, and black suit from Avengers: Endgame.

Next
BREAKING: The Mandalorian and Grogu Meet & Greet to Debut at Disneyland in November