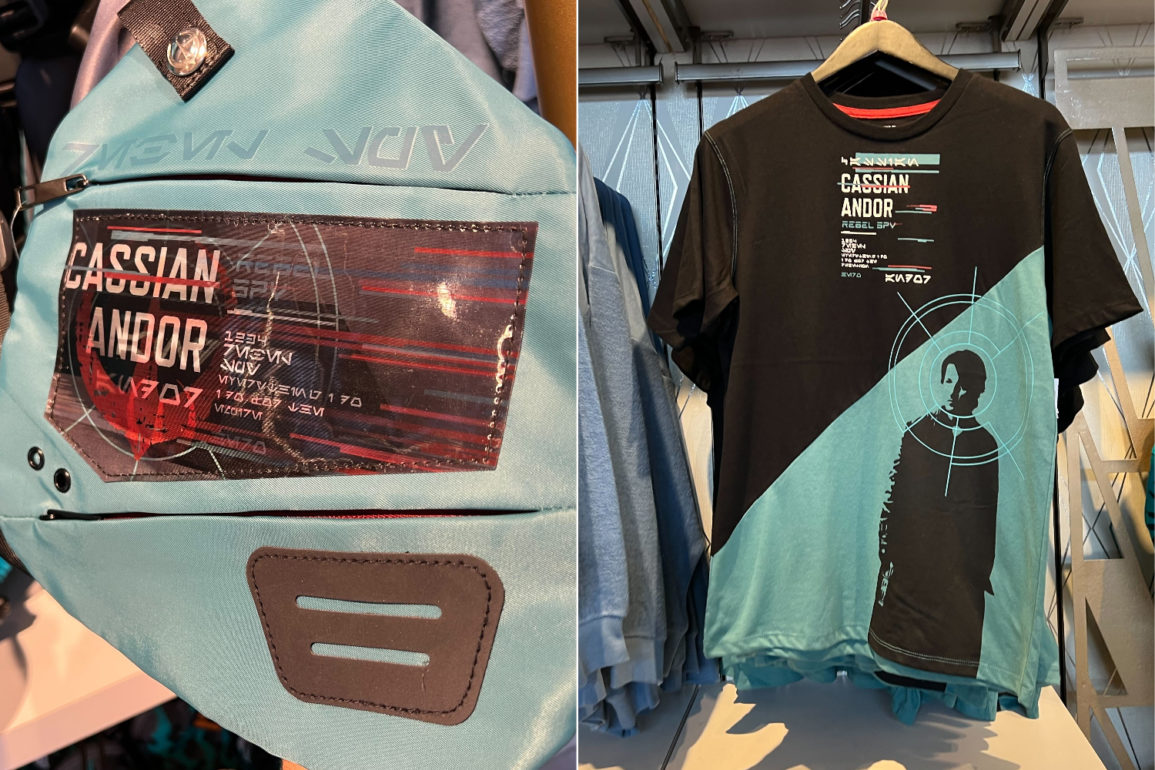 We’re only a few days away from “Andor” landing on Disney+, and new merchandise keeps popping up at the parks ahead of the new series! So let’s pop over to Disney’s Hollywood Studios for a look at what’s new.

The shirt is black and light blue on the front with an image of Cassian Andor (Diego Luna) on the bottom.

The upper part features a profile of Cassian Andor written in Aurebesh. Under “1234,” it reads “Rebel spy” and “Everything I do, I do for the rebellion,” which is a play on a line from “Rogue One.” The blue Aurebesh says “hero.”

The back side features the same color divide.

Atop is the “Andor” logo.

The bag bears the same light blue color as the shirt. On the front is a lenticular design with the profile of Cassian Andor, which switches between Basic and Aurebesh. On the top third of the bag is “rebel spy.”

We found both of these at Keystone Clothiers in Disney’s Hollywood Studios, so be sure to stop by on your next visit. Don’t miss “Andor” debuting September 21 on Disney+, and let us know what you think in the comments below!