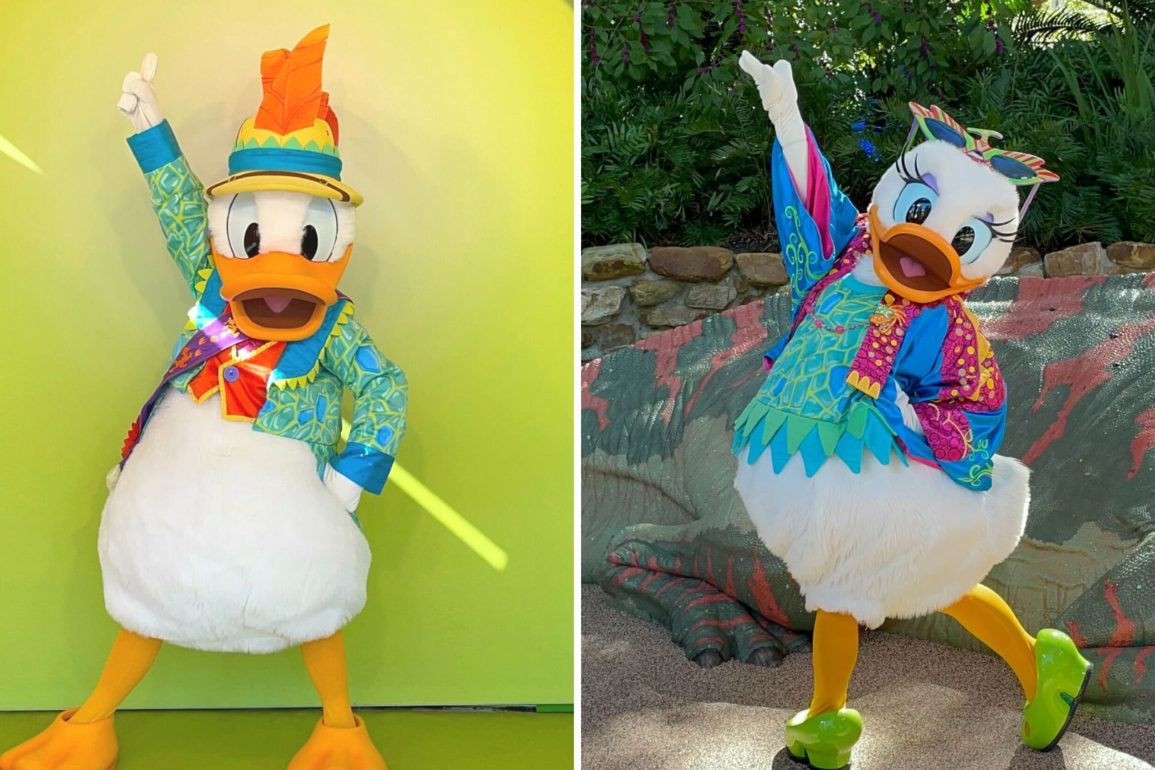 The Donald and Daisy meet-and-greets have returned to DinoLand U.S.A. for Donald’s Dino-Bash! in Disney’s Animal Kingdom. This bash is Donald’s way of celebrating being a bird descended from dinosaurs, but the meet-and-greets have been suspended since 2020, when they closed due to COVID-19.

He’s in a colorful dinosaur-inspired outfit including a scaley jacket and red feathered explorer’s hat.

He was busting out all his best poses for guests.

He wears a purple sash showing the evolution of dinosaurs into birds.

We asked him for a close-up and he delivered.

Meanwhile, Daisy is meeting guests in front of a dinosaur figure almost as stylish as her.

She has a scale-inspired shirt, a blue and pink jacket, and large feathery sunglasses.

She was happy to show off her whole outfit.

Though Donald and Daisy meet separately, we saw them sharing a moment on their way to their meet-and-greets.