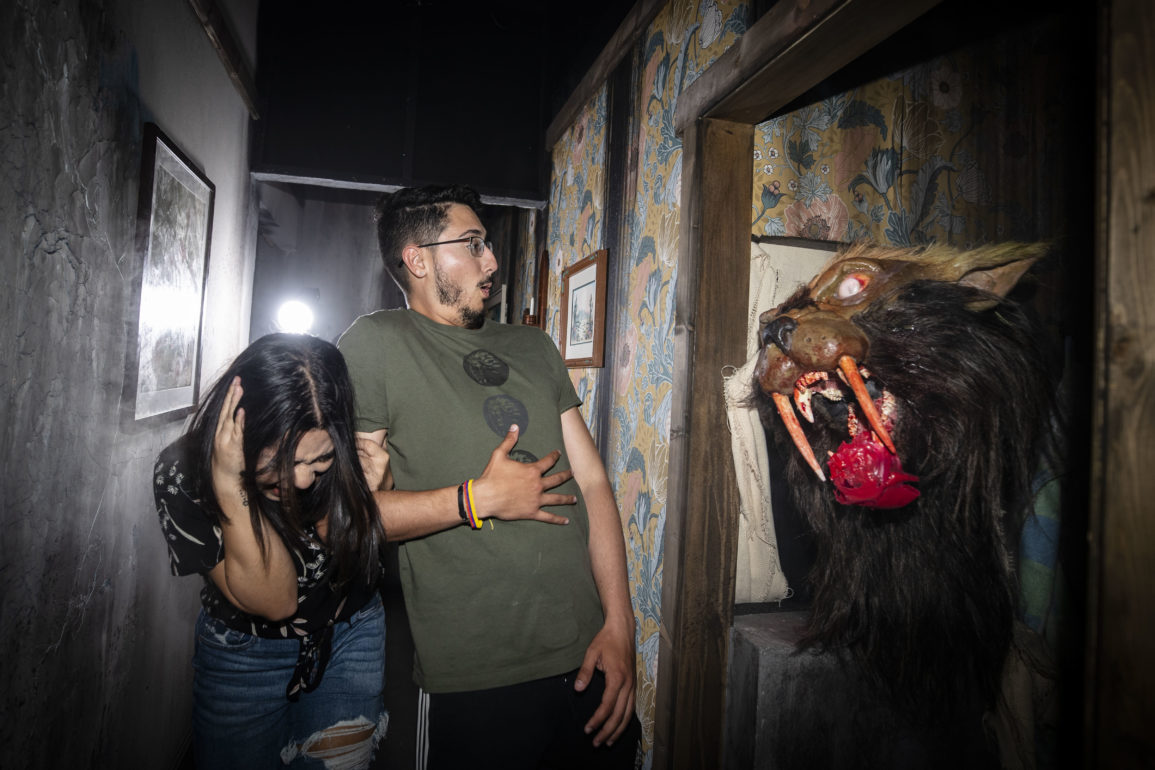 The official description reads, “Visit a Latin American village where the legend of the creature Chupacabras is celebrated with a colorful ﬁesta. And the streets are lined with the crimson blood of tourists like you and your amigos.”

Fiesta de Chupacabras will be bilingual, featuring primarily Spanish as the tale is told. The production crew and Scareactor cast are predominantly bilingual as well.

This was such a beautifully-designed house. You enter into the Pueblo and Rosalia (the mask maker) is there in her mask welcoming you. Facades are in the Pueblo for each building we eventually travel through, all seemingly fully realized in the first scene the house in large scale with fireworks erupting throughout the town.

The villagers are all in the masks. We see the chupacabra’s silhouette early on and repeatedly but only see the beast itself later on, but multiple times. They reused the beloved “American Werewolf in London” puppet and/or molds, but it doesn’t look exactly the same and is still impressive and effective.

As promised the audio cues are mostly Spanish and feel authentic, as does all of the scenery. We go through the Carnicería Roble, Rosalias house, and the pueblo more than once as the festival continues.

The scenes and costumes are all lovely, making this another excellent addition to a very strong lineup at HHN 31.

Fiesta de Chupacabras can be found in New York between the Tribute Store and Race Through New York with Jimmy Fallon.