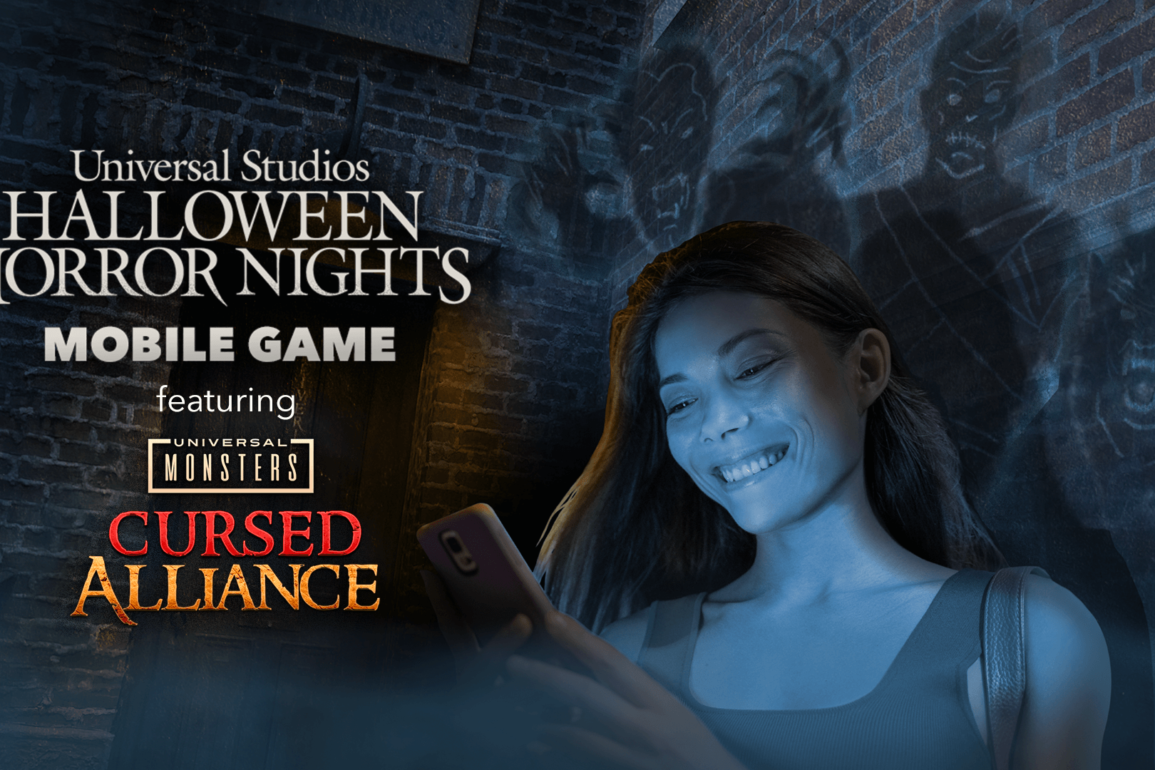 Kill time in line and face off head-to-head against other event guests with the return of event Trivia. It’s a race against the clock, as you answer fearsome multiple-choice levels surrounding this year’s Haunted Houses.

Choose your favorite Universal Monster and join their alliance to defeat the curse as a team using frightening Augmented Reality and challenging Mini-Games to declare the winning Monster each event night!

The more you explore the event, and interact in the Mobile Game you’ll unlock badges, points, and surprises. Keep an eye out for limited-time bonuses throughout the event, and hidden QR codes and passphrases!

Feed your fear with Coca-Cola® food and beverage pairings, found only in the game. Purchase a Halloween Horror Nights™ Coca-Cola freestyle® Cup, and each refill unlocks points, and exclusive perks in the game!

Be sure to visit the game’s website for a chance to take an Augmented Reality selfie featuring Dracula, the Mummy, or the Wolf Man!