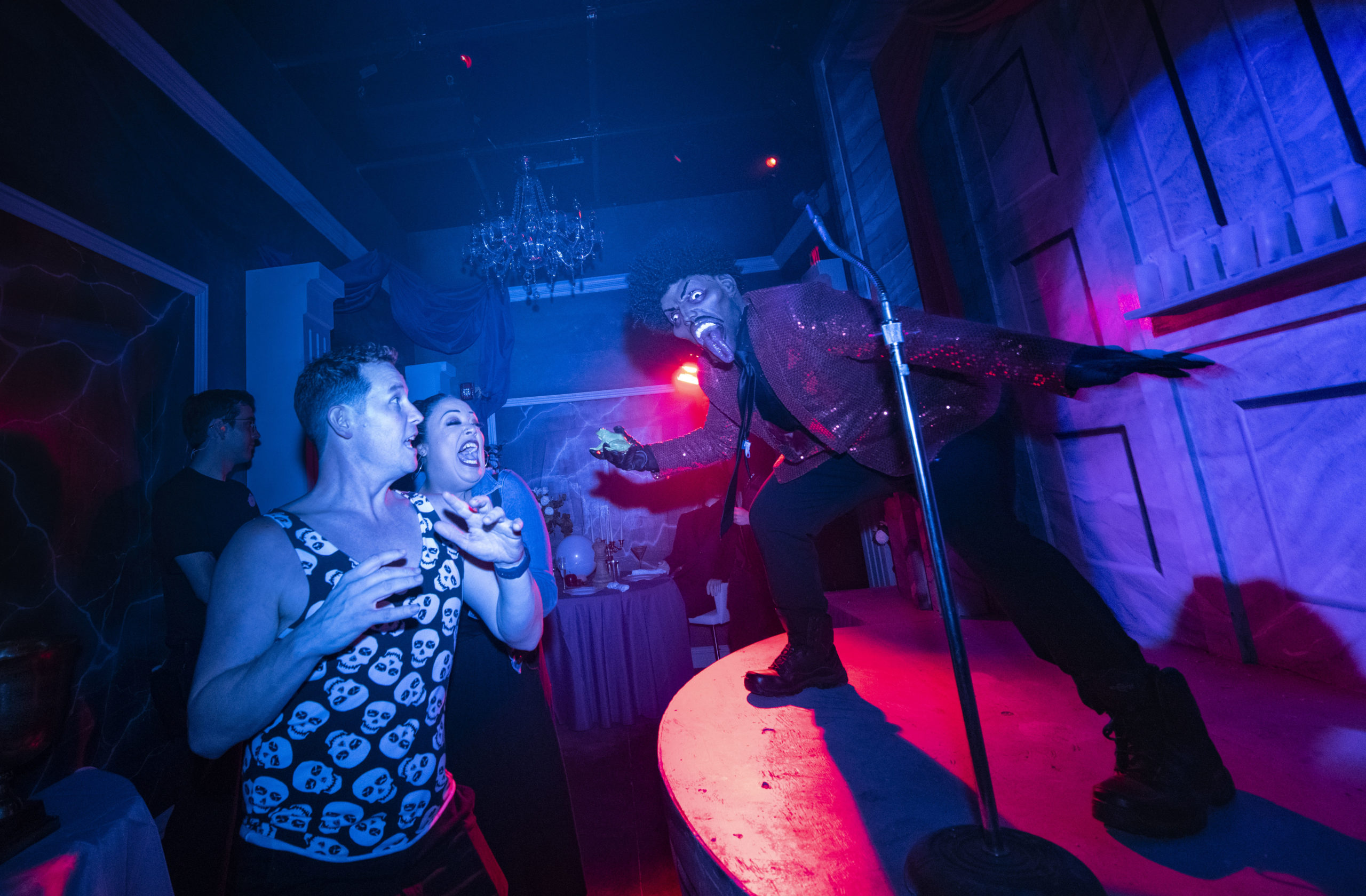 In celebration of “Halloween Ends,” the final film in the “Halloween” trilogy, NBC will air “Halloween in Hollywood” this Saturday. The hour-long special will look back on the famous franchise, as well as include a behind-the-scenes look at the development of Halloween Horror Nights at Universal Studios Hollywood and Universal Orlando Resort.

Read the press release about “Halloween in Hollywood” below.

In celebration of the upcoming release of Halloween Ends, a Malek Akkad production from Universal Pictures, Miramax, and Blumhouse, fans of the Halloween franchise, horror films, and Universal Studios’ Halloween Horror Nights are invited to experience Halloween in Hollywood, an epic night celebrating all things Halloween on Saturday, October 1st at 8 p.m. ET on NBC. The one-hour special will also be available on Peacock, beginning October 2nd.

Hosted by Chris Hardwick from Universal Studios’ Halloween Horror Nights, this immersive fan-focused event will be a celebration of horror fandom and of NBCUniversal’s role in defining and redefining the genre over the past century and its vision for the future of horror. The special will include a message from Halloween Ends star Jamie Lee Curtis; Producer Jason Blum, CEO and Founder, Blumhouse; and director David Gordon Green. It will also feature a sneak peek at the film, which arrives in theaters and begins streaming only on Peacock October 14th.

NBCU celebrities will reflect on the impact of the Halloween franchise over the past four decades and will bravely experience one of the haunted houses featured at this year’s premier Universal Studios’ Halloween Horror Nights event. The special will include appearances from Jon Barinholtz, Terry Crews, Omar Dorsey, Ryan Eggold, Ana Gasteyer, Tyler Posey, Kyle Richards, Blake Shelton, Jennifer Tilly, the cast of Peacock’s Bel-Air, and more.

The special will also include appearances from John Carpenter, executive producer, director, and composer of the original 1978 Halloween and fellow Halloween Ends composers Daniel Davies and Cody Carpenter. It will also feature Prof. Tananarive Due, award-winning author and professor of Black horror & Afrofuturism at UCLA, and Robert Englund, who famously portrayed Freddy Krueger.

Viewers will get an in-depth look at how Universal Studios Hollywood and Universal Orlando Resort transform their parks for the popular seasonal Halloween Horror Nights event and bring their world-famous haunted houses to life. As part of an ongoing commitment to the Halloween season, the special will launch a sweepstakes where two lucky fans can experience some of the thrills highlighted in the special. Offering a trip for two to experience Halloween in Hollywood in 2023, this sweepstakes keeps the thrills and chills going into next year.

Beginning October 1st, Peacock will become the ultimate destination for Halloween Horror. With dozens of curated collections and a long list of titles to explore, Peacock’s Halloween destination features scary series and films to stream for every kind of fan this spooky season. Universal Studios’ Halloween Horror Nights brings together the most twisted minds in horror to immerse guests in a living, breathing, three-dimensional world of terror inspired by TV, music, and film’s most compelling horror properties. The event runs on select nights through Monday, October 31st at Universal Studios Hollywood and Universal Orlando Resort.

The Halloween in Hollywood special was created and produced by Creative Partnerships at NBCU, the award-winning in-house creative team within NBCUniversal’s Advertising and Partnerships division.

The special will air on Saturday, October 1 at 8:00 p.m. ET and be available to stream on Peacock the next day. “Halloween Ends” will hit theaters and Peacock on October 14.