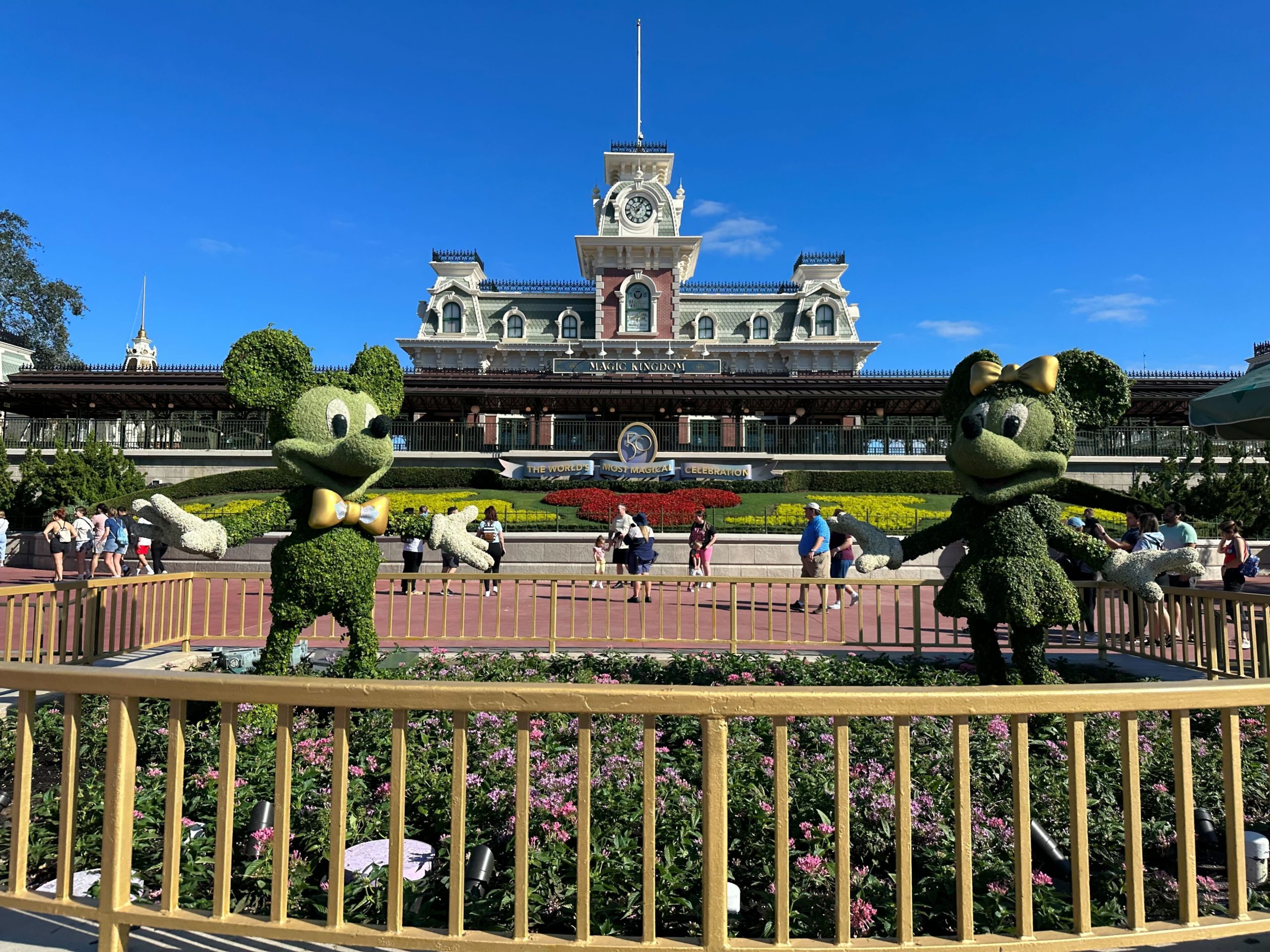 Hurricane Ian has left Florida and is on its way to the Carolinas. Walt Disney World theme parks were closed for two days due to the hurricane and are reopening today, September 30. New Park Pass reservations only opened to resort hotel guests, and the parks have later opening times than usual. Magic Kingdom opened at 8:00 a.m. for Early Theme Park Entry and at 10:00 a.m. for regular guests.

Unfortunately, flags at Transportation and Ticket Center were ripped.

They were apparently not lowered before the storm hit.

There were long lines at the ticket booths at the Transportation and Ticket Center.

There were then long lines to enter Magic Kingdom.

The 50th birthday cake between Mickey and Minnie’s topiaries is currently missing.

The cake was removed prior to the storm.

Tickets are actually available for Mickey’s Not-So-Scary Halloween Party at Magic Kingdom, despite the party previously selling out.

Many guests were in line to buy tickets.

No Halloween decorations on Main Street, U.S.A., appeared to be missing or damaged.

Cast Members were welcoming guests back with high-fives.

There were also long lines at the Guest Experience Team kiosks.

Some plants had been removed and replaced with straw in flower beds around Cinderella Castle.

Splash Mountain was initially closed but reopened by noon.

Peter Pan’s Flight Cast Members said they are performing tests on the attraction to make sure it is safe and weren’t sure when it will reopen.

Some banners outside Fantasy Faire had been rolled up and secured to their poles.

Leaves were blown across the Haunted Mansion lawn.

More leaves and tree branches were around the pet cemetery.

Pirates of the Caribbean is temporarily closed due to mechanical issues.

Tom Sawyer Island is closed while Cast Members clean it up.

We couldn’t see any damage from across Rivers of America.