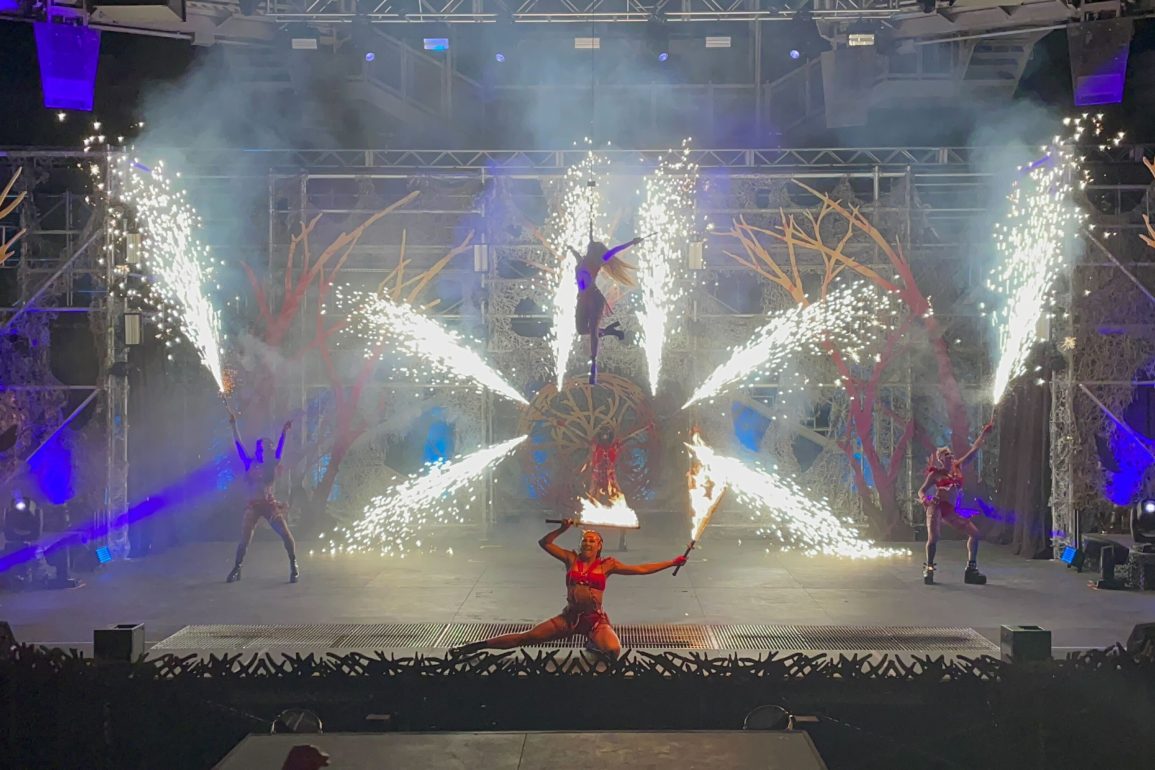 The show is the same story as last year, following an unnamed protagonist as his nightmares come to life on Halloween Night.

The dancers in this show are extremely talented and clearly classically trained in jazz and ballet. Their technique is great.

The fire stunts are very impressive and the aerialist is incredibly strong.

The show is set to rock, emo, and alternative music while acrobatics, illusions, and pyrotechnics take center stage. Black lights are used on some mutants and ghillie suits.

We noticed that the choreography is very similar to Bill and Ted’s Excellent Halloween Adventure.

At Bill and Ted’s show, we were warned of scantily clad people dancing, but we didn’t get a warning this time. It is overtly sexual, so viewer discretion is advised.

Just like last year, this offering is outstanding and a must-see.

Watch our full video of Halloween Nightmare Fuel Wildfire below.

The show is performed in the former Fear Factor amphitheater, which used to be home to Bill and Ted’s Excellent Halloween Adventure during Halloween Horror Nights. The amphitheater is in World Expo between Men In Black Alien Attack and the London waterfront.