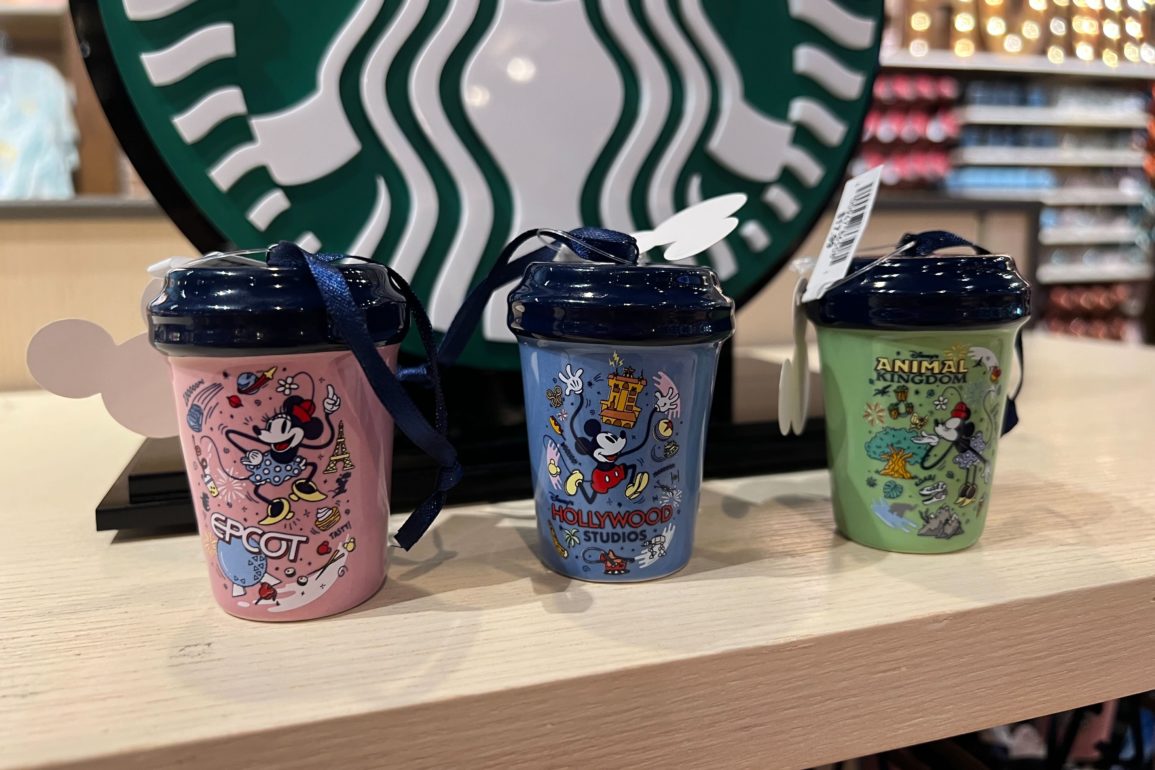 Do you want to show your love for Walt Disney World and Starbucks this holiday season? These Starbucks ornaments are part of the newest collection based on Walt Disney World theme parks. We recently reported that the Starbucks Magic Kingdom ceramic tumbler and ornament were released. Now, the ornaments for Disney’s Hollywood Studios, EPCOT, and Disney’s Animal Kingdom have arrived at Disney Springs.

This ornament is pink and features Minnie Mouse above the EPCOT logo, Spaceship Earth, a Test Track ride vehicle, a rocket from Mission: Space, the Eiffel Tower from the France pavilion, a silhouette of Figment, and various food items that can be found in EPCOT.

This ornament is green and features Disney’s Animal Kingdom logo, Minnie Mouse, the Tree of Life, the floating mountains from Pandora: The World of Avatar, Expedition Everest, a T-Rex skull from DinoLand U.S.A., and various food items that can be found in Disney’s Animal kingdom.

These Starbucks ornaments can be found at the World of Disney store in Disney Springs.

Would you be showing your love of Walt Disney World and Starbucks this holiday season by getting these ornaments? Let us know in the comments below!