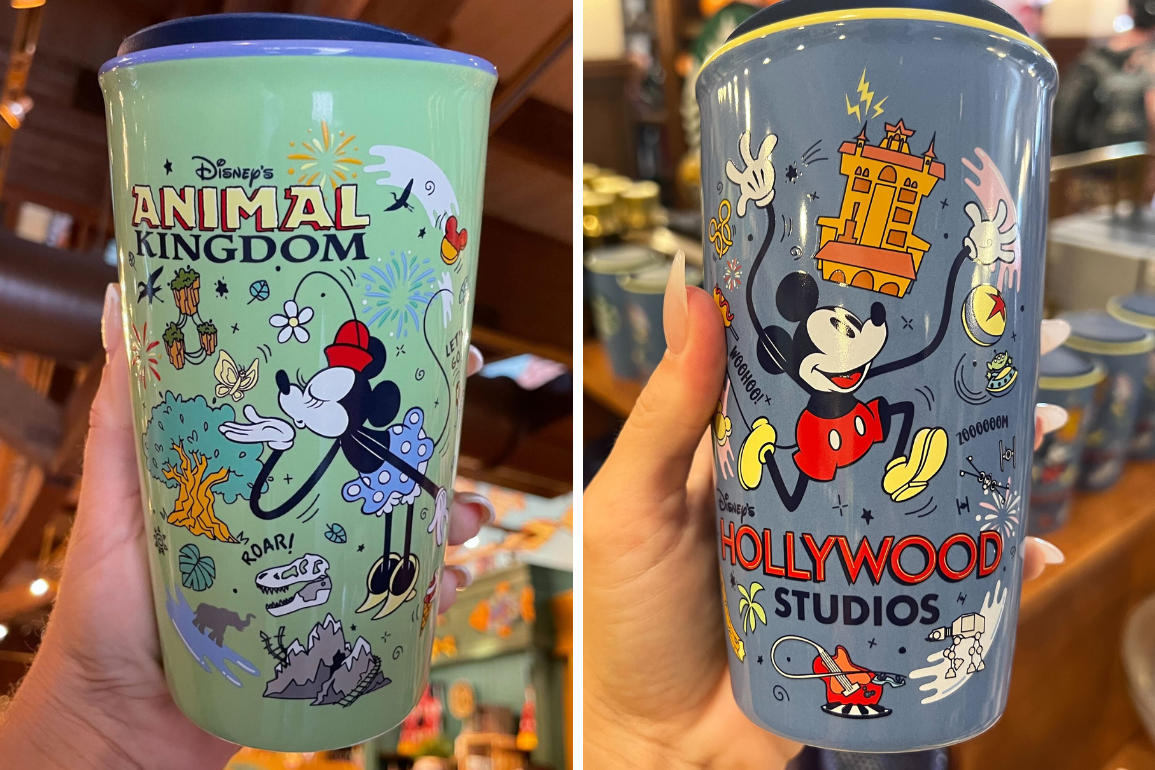 The ceramic tumbler is light green with a blue rim and features Minnie Mouse.

Park iconography can be spotted below the park logo, including the Tree of Life and the floating mountains of Pandora — The World of Avatar.

A T-rex skull from DinoLand U.S.A. is above Expedition Everest amid popular food such as DOLE whip and Mickey-shaped sweets.

The classic Starbucks logo is on the back of the tumbler.

And of course, there’s boxes for the barista to make notes about your order.

The Twilight Zone Tower of Terror, complete with lightning bolts, is above Mickey on this light blue tumbler.

The iconic guitar seen outside Rock ‘n’ Roller Coaster Starring Aerosmith is under the park logo.

Mickey pretzels, corn dogs, churros, and more are on the left side.

On the right side, an Alien Swirling Saucer zooms beneath the Luxo Ball, while X-Wings and TIE Fighters soar above an AT-AT.

Like the other mugs, it has the Starbucks logo on the other side.

The EPCOT ceramic tumbler has yet to arrive, but the clear reusable tumbler features icons from all four parks.