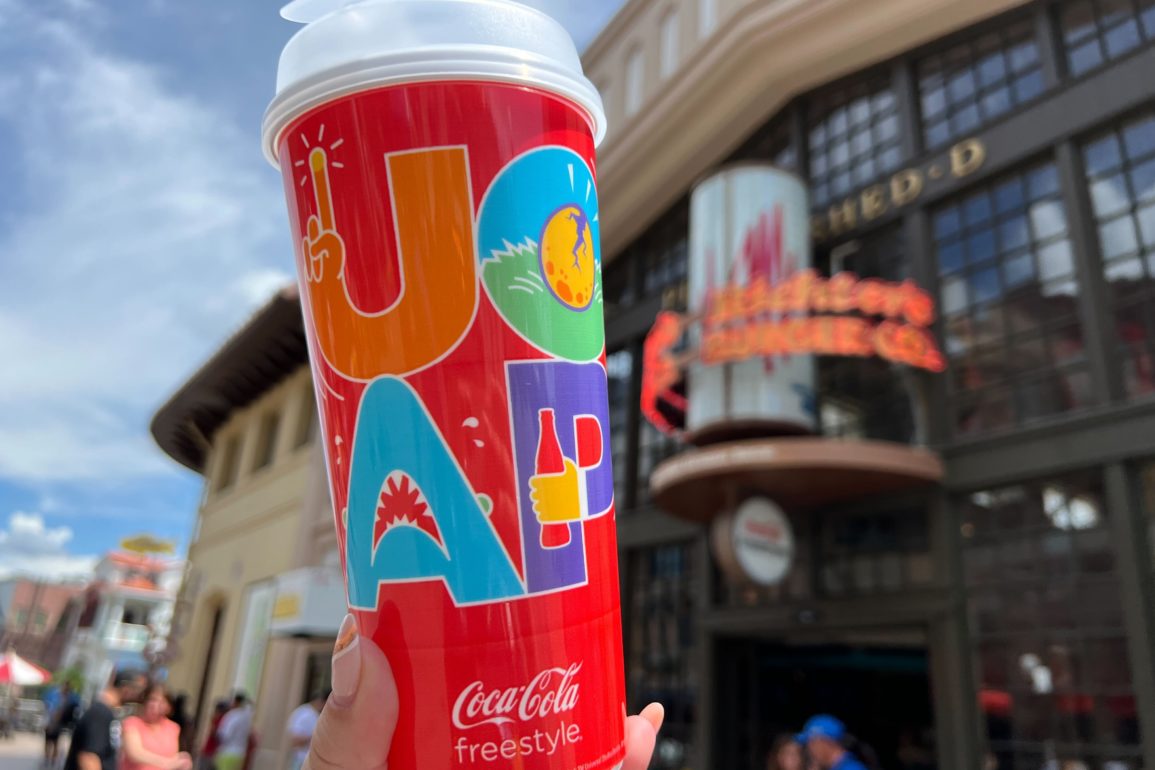 This red freestyle cup shows different symbols of different iconic properties of Universal Studios. It features the glowing, pointing finger from “E.T.,” Bruce from “Jaws,” a dinosaur egg from “Jurassic Park,” and a hand in formal wear that is holding a coke bottle which is supposed to represent “Men in Black.”

This cup is exclusively for Universal Orlando annual passholders and can be used at any Coca-Cola freestyle machines in Universal Studios Florida and Universal’s Islands of Adventure.