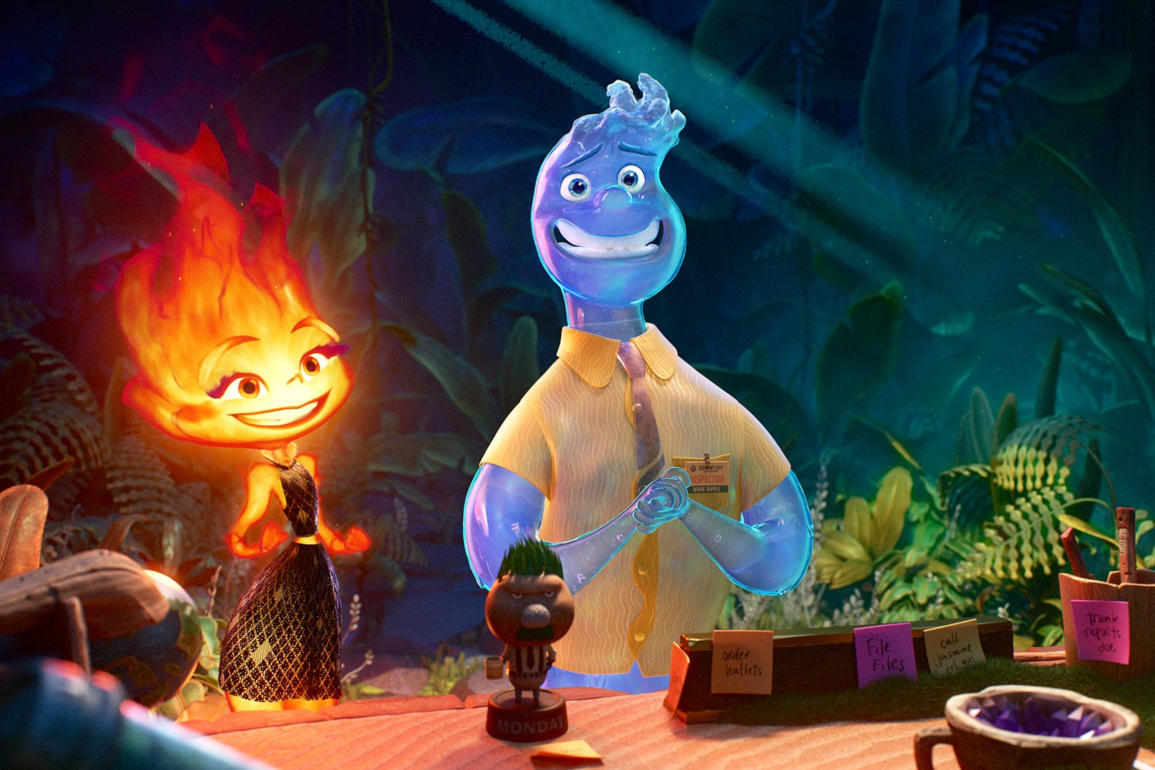 At D23 Expo today, we got a first look at the two protagonists for Pixar’s upcoming film “Elemental” releasing next year!

The film stars Mamoudou Athie and Leah Lewis as Wade and Ember respectively.

The film’s poster was also revealed, with its 2023 release date. ”Elemental” is directed by Peter Sohn of ”The Good Dinosaur.”

The film is described as follows: ”In a city where fire, water, land, & air residents live together, a fiery young woman & a go-with-the-flow guy will discover something elemental: How much they have in common.”

D23 Expo spectators were also treated to a reel of animation and concept art from the film’s development process, exploring how they created a world of the different elements.

Next
‘Inside Out 2’ Confirmed by Pixar