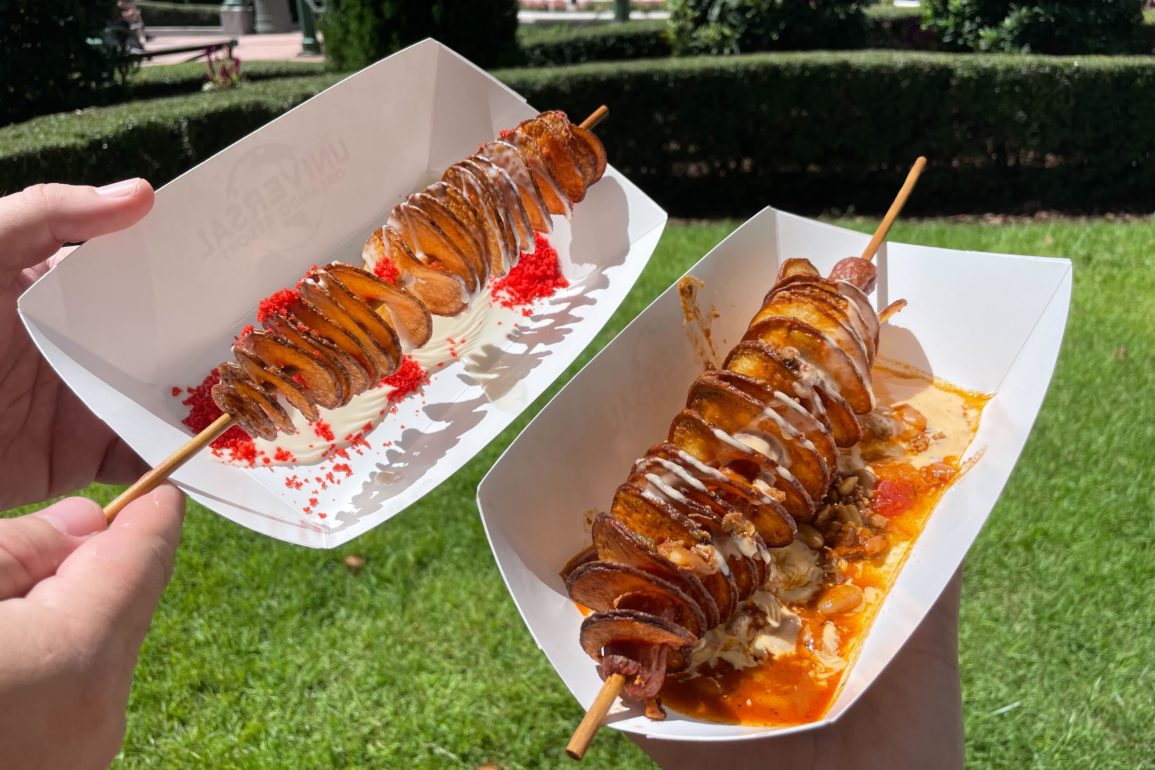 You can’t go wrong with the classic. It’s more seasoning than salt, and this time it was soft (but not undercooked). However, the crispiness of your Tater may vary. Flavor-wise, we preferred this to the ghost pepper option.

They must have already put this fire out because there was nothing hot or spicy about it. The queso was good and there was some spice from the crushed Cheetos, but for having ghost pepper seasoning, there was zero heat to it.

This is hearty and filling but messy and difficult to eat. Be prepared to stop to eat this one and grab napkins.

Both taters were perfectly crispy, a nice change after the soggy soft ones we encountered last year.

Location of the Twisted Taters at Halloween Horror Nights 31

There are two Twisted Taters booths: one located in KidZone and one in Gramercy Park. This is a classic treat for Halloween Horror Nights and we highly recommend stopping by to try at least one of these delicious skewers of potatoes at least once.