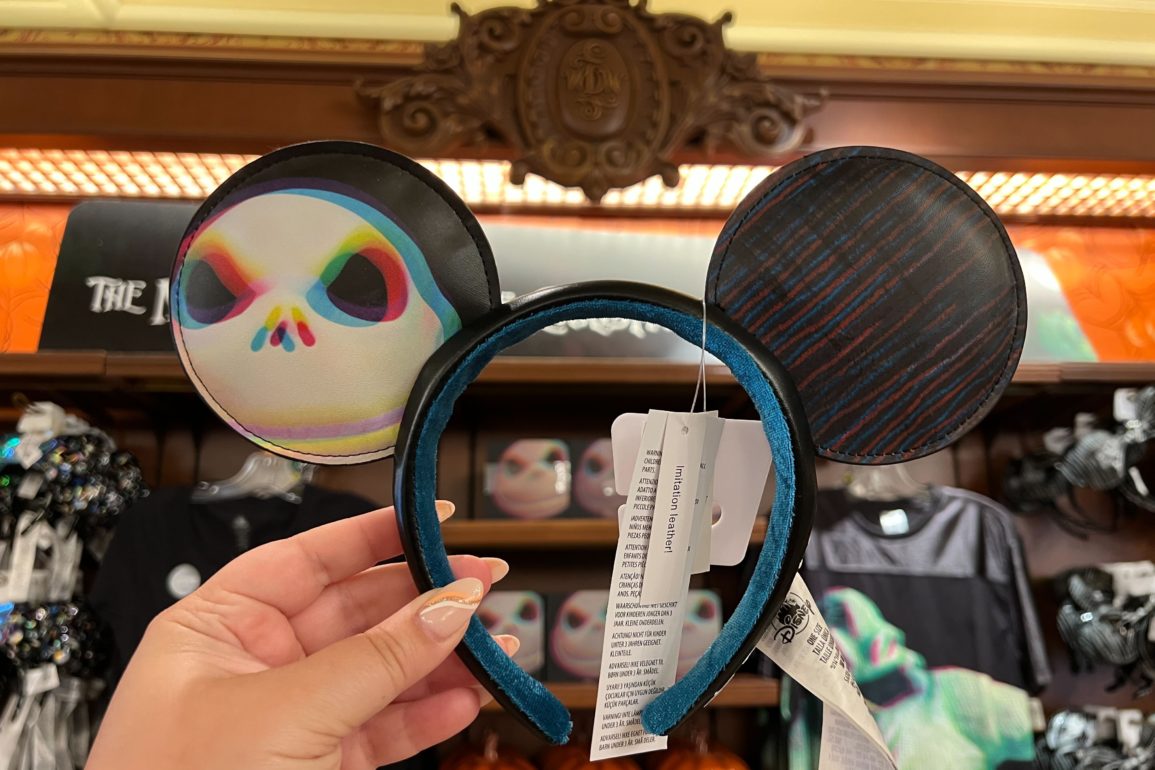 Jack appears on one of the imitation leather ears in a multi-colored photorealistic style, almost as if he were being viewed through red-and-blue 3D glasses.

The design has been previously seen on other merchandise from “The Nightmare Before Christmas” released around the resort.

The opposite ear has blue and red lines on a black background.

The reverse side has the lines on both ears.

Jack’s name is embroidered in white on the black band.

The interior has a blue velour-like fabric to help resist slippage. We found this at the Emporium in the Magic Kingdom.

Next
The Disneyland Resort 2023 Calendar is Now Available