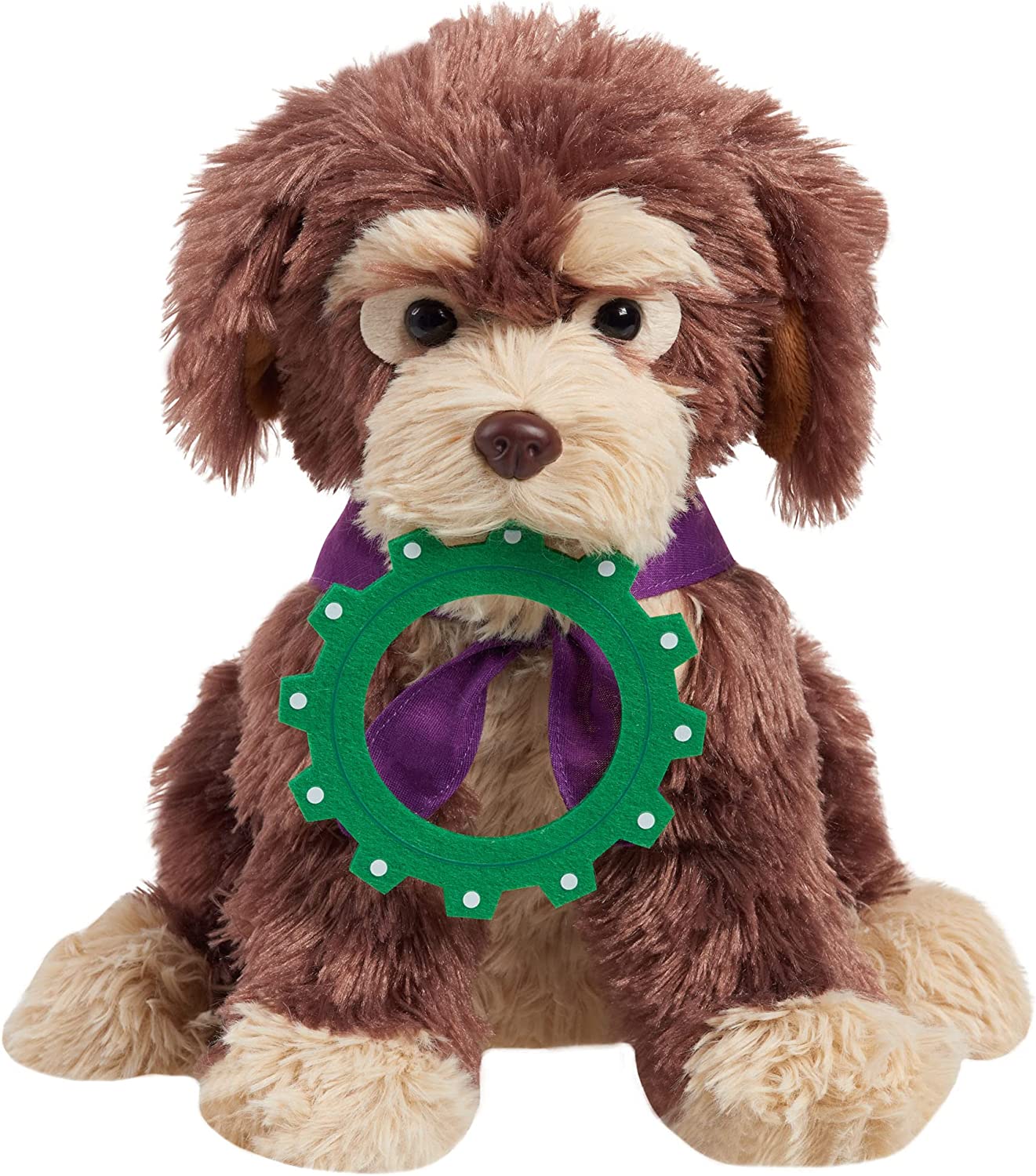 Now is the time, the best time of your life! Well maybe not, but you can look forward to that great, big, beautiful tomorrow with a new Amazon-exclusive plush themed to Rover from the Carousel of Progress at Walt Disney World!

The new plush is marked for the Walt Disney World 50th Anniversary, but is exclusively available on Amazon. It depicts Rover, the lovable pup from Walt Disney’s Carousel of Progress at the Magic Kingdom. The box bears the attraction’s logo and some of its characteristic gears from the 1993-era show which still runs today.

Rover is depicted in brown and cream white as in the show. A purple bow is tied around his neck, and he holds a green gear in his mouth.

You can find this plush over on Amazon. And let us know what you think in the comments below!