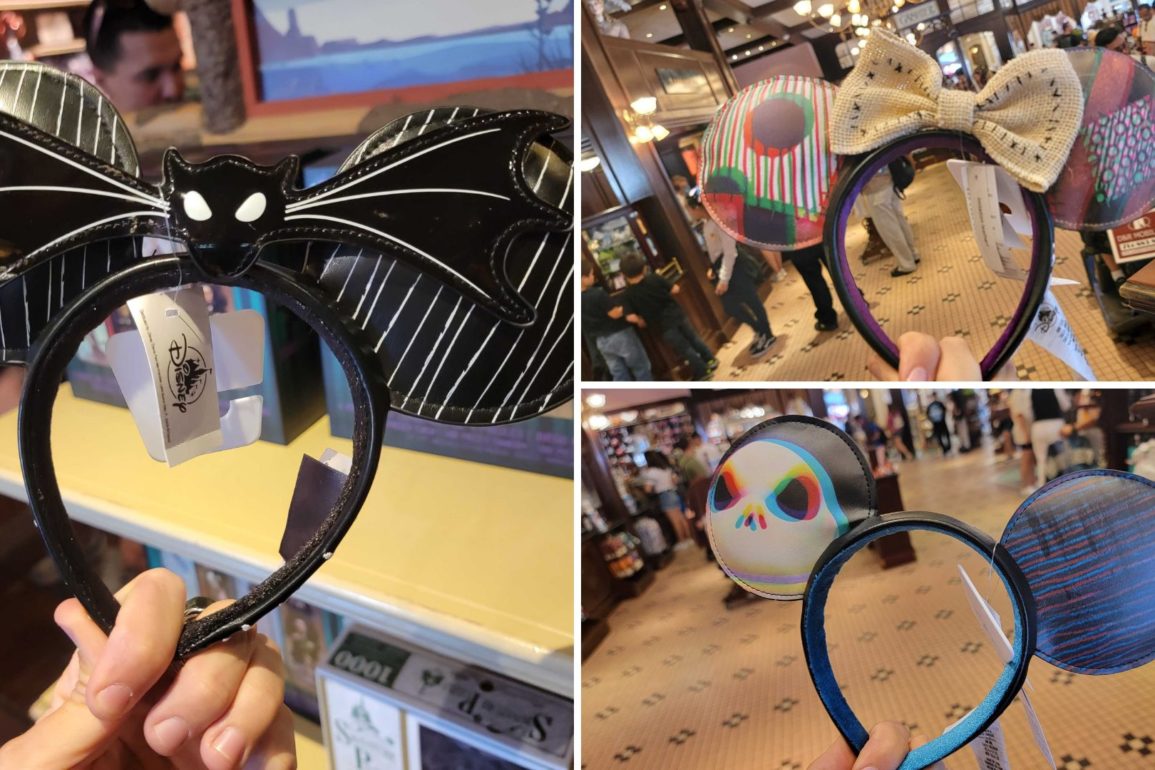 Two new Jack Skellington ear headbands and a Sally ear headband have arrived at Disneyland Resort for Halloween. Pick these up with other “The Nightmare Before Christmas” merchandise throughout Disneyland.

The images on these first two ear headbands have a red and green fake holographic effect. These ears resemble Sally’s patchwork dress, while the Minnie bow is burlap with black stitching, like Oogie Boogie.

The exterior of the headband is covered in black pleather and embroidered with “Sally.”

The interior is purple velour.

One of the ears on this headband features Jack’s face.

His name is also on the side of the headband.

The front of the left ears and the backs of both are covered in blue and red stripes.

The inside of the headband is blue.

This ear headband is more inspired by Jack’s outfit.

The ears are black with white pinstripes.

The bow at the center looks like his bat bowtie.

White bones are embroidered down the sides.

Oogie Boogie and Lock, Shock, and Barrel are in white on the backs of the ears.