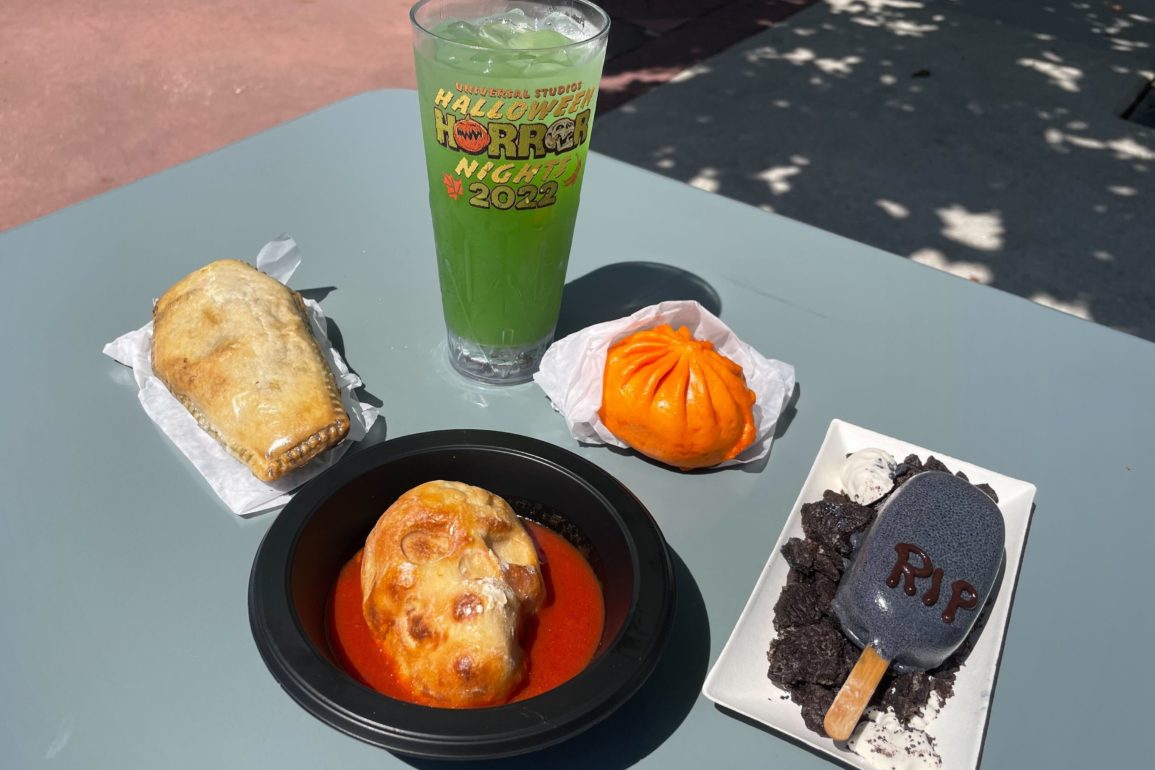 The Spooky Skeletons food booth, open only during Halloween Horror Nights 31 is probably one of the most anticipated food booths for the event… for one particularly special food item. The Lil’ Boo’s Spicy Pumpkin Bun is available at this booth, and we’re ready to devour it.

This is super flavorful! It has a wide range of seasoning but isn’t as spicy as Lil’ Boo’s Spicy Pumpkin Bun (see below).

It really surprised us how much we all loved this one. There’s tons of filling and the vegan pie crust was firm, so it held up.

This is simple but delicious. The skull is thick and there is tons of pepperoni filling.

There’s a nice kick to the marinara sauce.

This is a must have! The cake and buttercream were rich and decadent.

When paired with the plentiful bed of Oreo cookie pieces, it’s a knock out.

This bun is adorable, spicy, and delicious!

We love this as much as Lil’ Boo.

This is kind of tart and sweet. It reminds us of lime-melon Powerade.

It doesn’t really taste like alcohol, which can be a plus for some and a minus for others.

If you need to get your hands on a Lil’ Boo Spicy Pumpkin Bun, head over to this food booth, located on the Brownstone Street side of Gramercy Park of Universal Studios Florida.