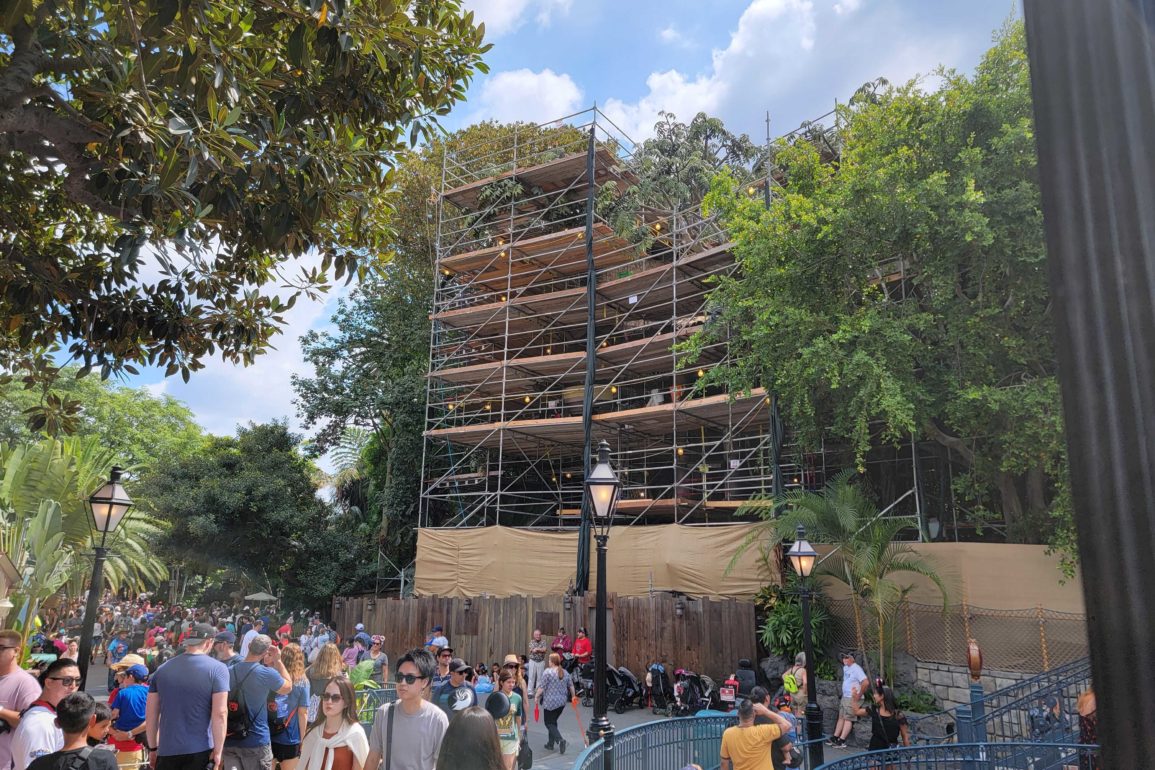 Tarzan’s Treehouse at Disneyland Park has now been permanently closed for over a year to become something new entirely. Disney has yet to announce what the new attraction will be, though it has been rumored it could be an “Encanto” or S.E.A. treehouse. The entrance tree and bridge were fully removed early this summer, and the treehouse has since remained obscured by tarps.

With bad weather expected in California this week, some of the tarps were removed, revealing that there has been very little work done on the treehouse.

Work lights hang from the scaffolding.

A few caution signs and tape are on the treehouse proper for workers.

We could even see the “mind thy head” warning.

There were no construction workers on site this week.

Through the trees, we could still see elements of the wrecked ship.

Tarzan’s Treehouse was originally Swiss Family Treehouse. The latter version remains in Magic Kingdom, Disneyland Paris, and Tokyo Disneyland, while Tarzan’s Treehouse still exists at Hong Kong Disneyland. No rethemes or refurbishments have been announced for other versions of the treehouse attraction.