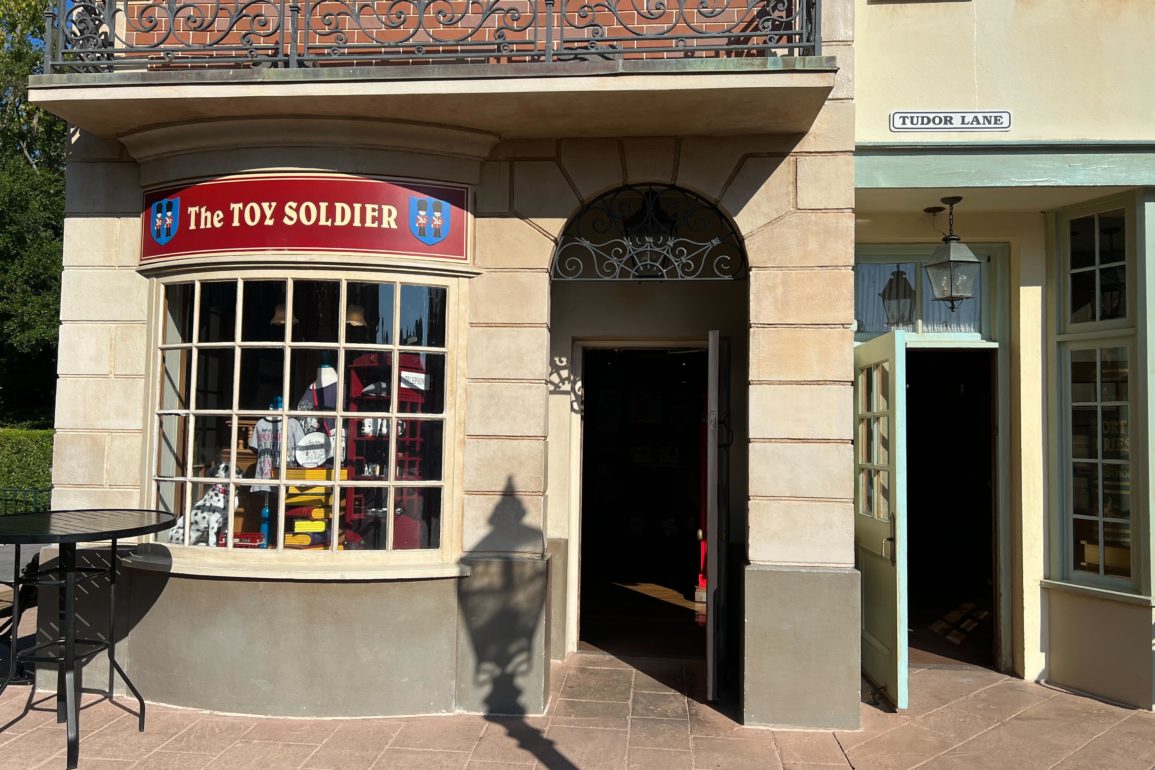 The Toy Soldier Reopens at the United Kingdom Pavilion in EPCOT

Guests can once again purchase goods inspired by British Disney characters at The Toy Soldier, as the shop has reopened in the United Kingdom Pavilion at EPCOT.

The shop is chock full of displays of apparel, housewares and more themed to Disney animated characters based on British stories, like “101 Dalmatians” and “Peter Pan.”

They also still have the figure of the pirate ship ride vehicle from Peter Pan’s Flight by Kevin Kidney and Jody Daily, which debuted at Walt Disney World back in May.

There are also displays for “Mary Poppins” merchandise.

With Cultural Representatives back at EPCOT, The Toy Solider is once again home to the pavilion’s Kidcot Fun Stop.

Winnie the Pooh also gets his due with plenty of shirts, ornaments, ear headbands and more.

However, if you’re looking for something from “Alice in Wonderland,” merchandise from that film is still being sold at The Tea Caddy as of the writing of this article.

Are you excited to march back into The Toy Soldier? Share your thoughts in the comments!