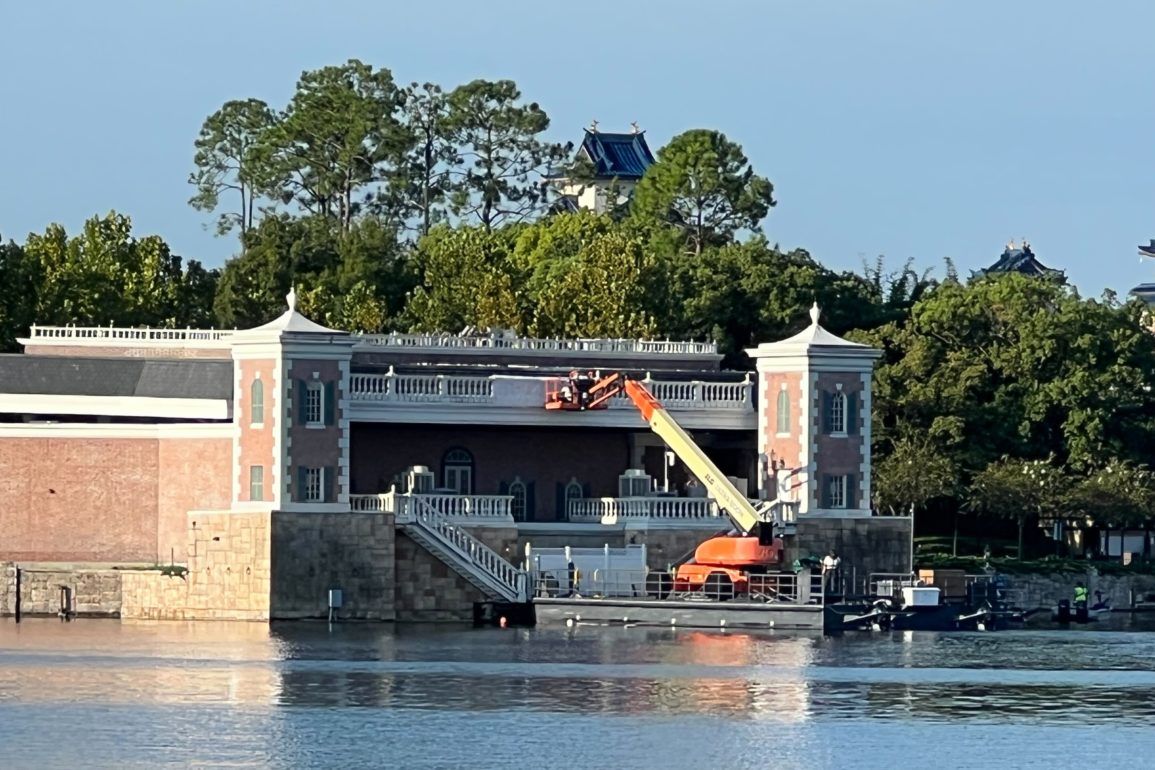 Hours after a fire at EPCOT, at the America Gardens Theatre, crews could be seen cleaning up the damage at EPCOT.

Our reporter managed to catch the crews on a boom lift, which was staged on a floating barge. They seemed to be near the end of their work, which seemed to be focused mainly on the railings on the building’s roof.

Following Tuesday night’s performance of “Harmonious,” a large fire could be seen at The American Adventure. It’s unclear as to how the fire started, though it’s possible it could’ve been due to stray sparks from the nighttime spectacular’s fireworks. You can see footage of the fire at EPCOT in the video below:

This isn’t the only issue EPCOT has experienced recently. Roughly two weeks ago, a broken pipe sent water spraying atop the Imagination! Pavilion in full view of guests.

Shortly before 9:00 AM. it seems the work was complete for the day, as the boom lift was lowered.

A section of the railing remained covered up, so there may yet be some work left to do.

Shortly after, the barge was floated out on World Showcase Lagoon.

As of the writing of this article, the America Gardens Theatre remained closed off to guests. It’s unclear as to whether this will have an impact on the Eat to the Beat Concert Series, though it seems the stage and seating area weren’t visibly affected.