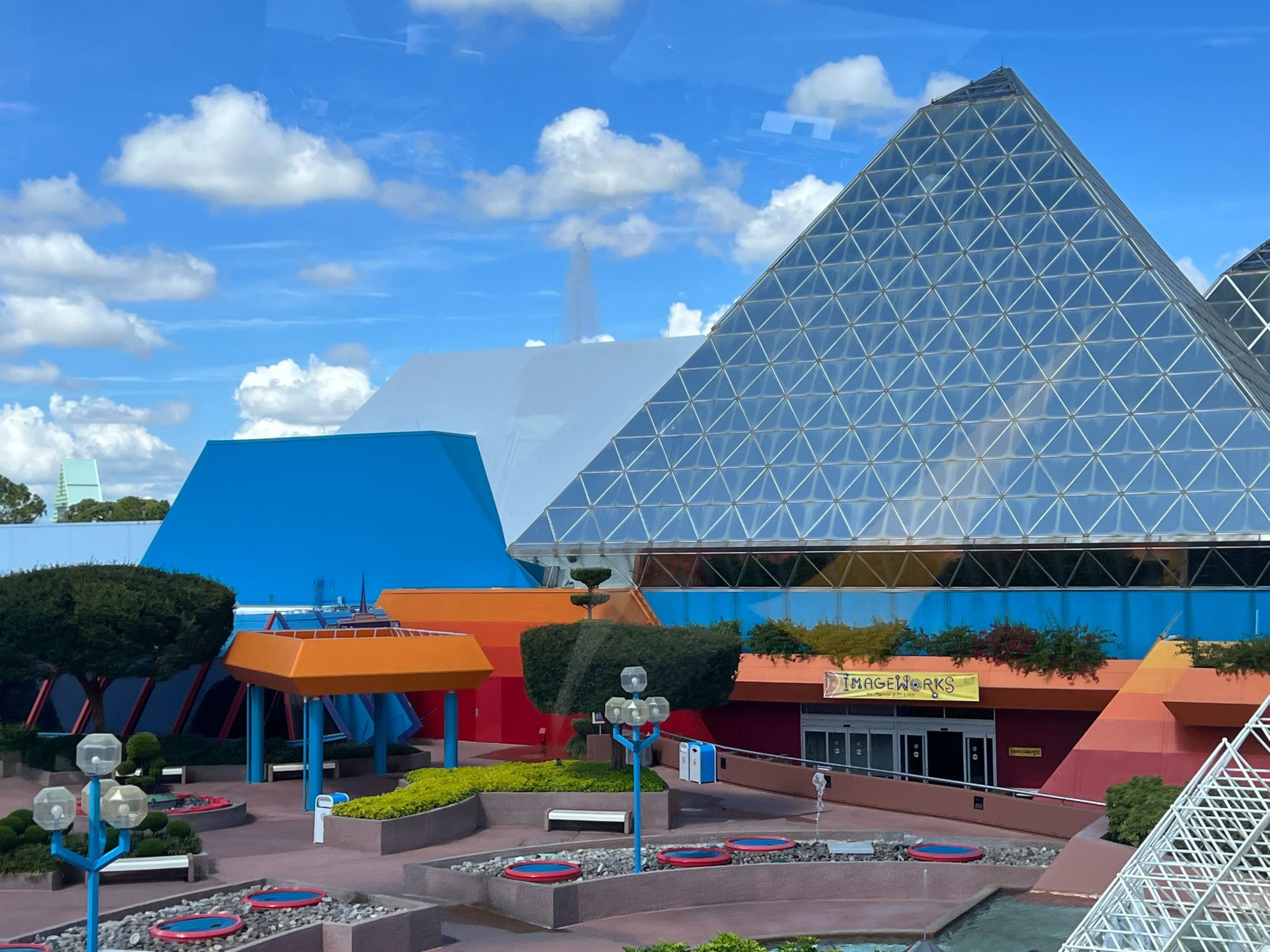 Guests visiting the Imagination! Pavilion at EPCOT on Tuesday morning were met with an unusual sight involving water… and it wasn’t the Jumping Fountains.

A pipe on the roof of the pavilion broke, sending water streaming into the sky.

It could be seen between the entrances of ImageWorks and the Disney and Pixar Short Film Festival.

The water flowed down the side of the building, past the edge of the glass pyramids, before draining out into the walkway.

Shortly after, Cast Members stood in front of the pavilion to tell guests it was closed due to technical difficulties.

Several minutes later, the water wasn’t visibly spouting anymore, suggesting that it may have been shut off for repairs. As of the writing of this article, it’s unclear how long it will take to fix the issue and reopen the pavilion.