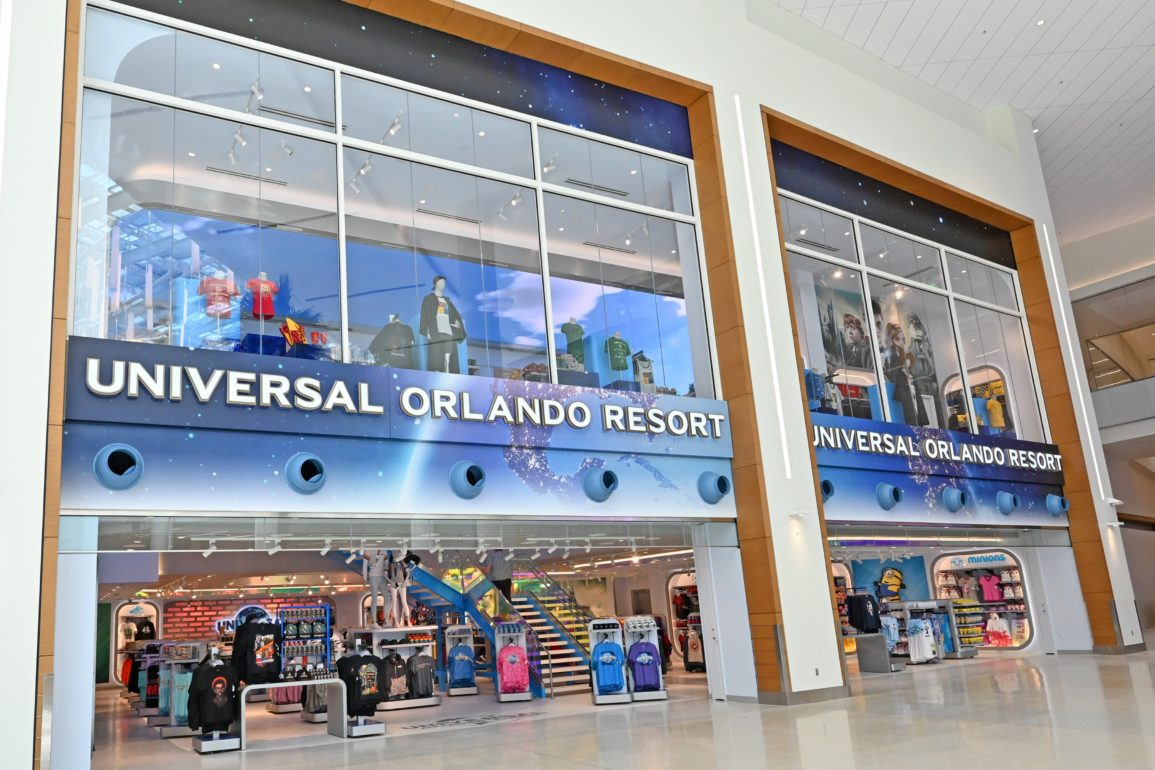 The merchandise of Universal Orlando Resort now has a new home, as the Universal Studio Store is now open at Orlando International Airport’s Terminal C.

The airport shared a look inside the two-story shop on Twitter, which features displays for some of the many characters that can be found at the resort.

On the first floor, there are sections devoted to the Minions as well as Jurassic World, which shows off Blue on a green background.

Guests can also pose for a photo on Hagrid’s motorbike. But that’s just a teaser of the magic that awaits.

The second floor is devoted to The Wizarding World of Harry Potter. Of course, it isn’t truly magical without a dragon or two, so it’s only fitting that a dragon breathes fire as it flies off on a video display that stretches from the walls to the ceiling.

There’s no shortage of Wizarding World merchandise here, with items ranging from candy to mini backpacks!

Looking to find your Hogwarts house on the fly? There’s a Sorting Hat to help with that.

The shop can be found in the terminal’s Palm Court section, which is also home to a Walt Disney World Store.