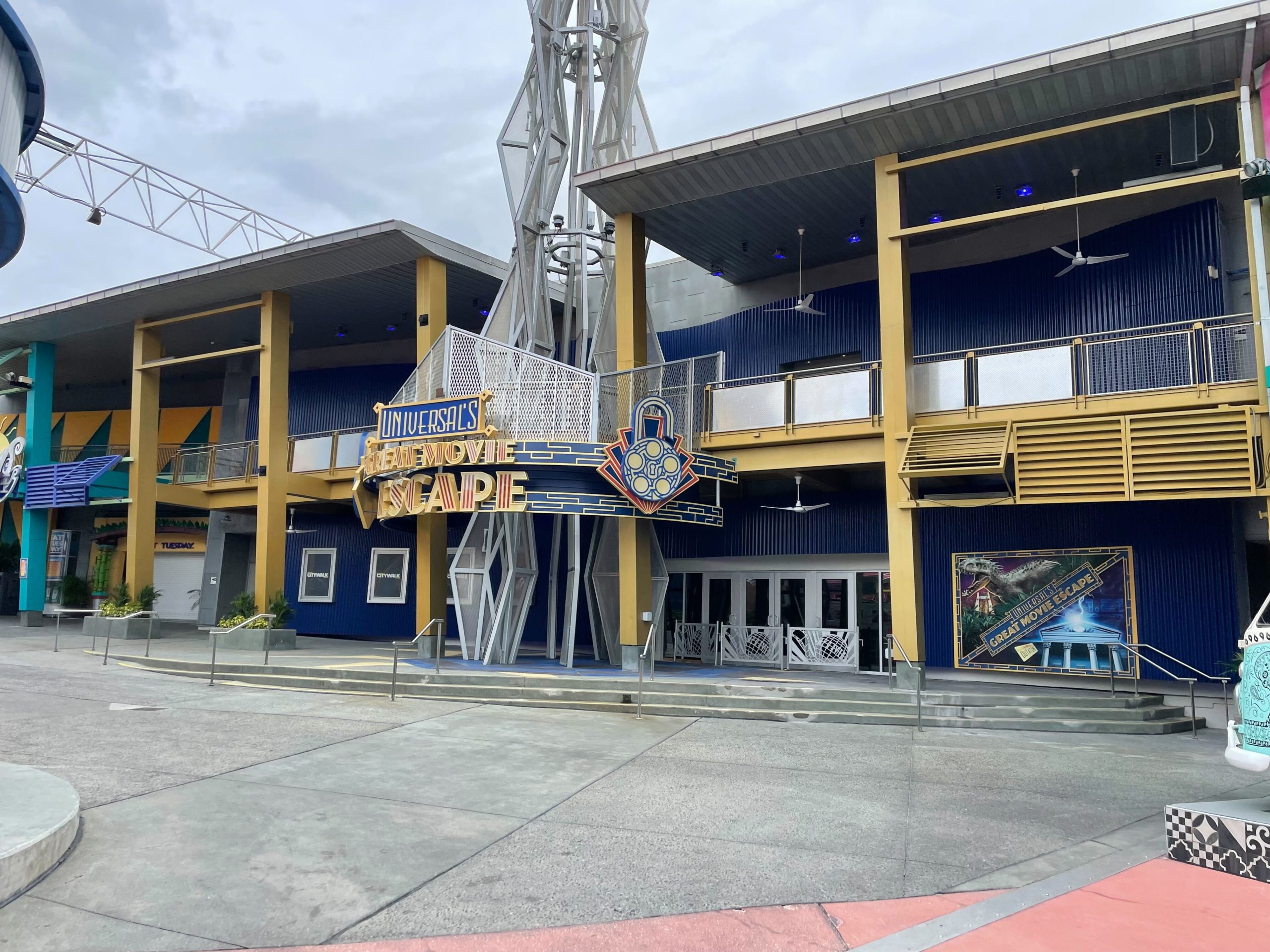 Visiting Universal Orlando CityWalk today, we noticed that the construction walls have come down around the park’s upcoming Universal’s Great Movie Escape attraction.

This past February, we broke the news that Universal was bringing this new experience to CityWalk. It wasn’t until June when Universal finally confirmed what we already knew.

Universal says the attraction is “two extraordinary escape adventures inspired by Jurassic World and Back to the Future.”

They state that through “interactive state-of-the-art missions, captivating storytelling and intricately detailed sets, guests will be swept into the dinosaur adventures of Jurassic World or the time-traveling chaos of Back to the Future as they solve their way through a multi-sensory experience like no other.”

The new “escape adventures” are located in the former site of The Groove at CityWalk, a multilevel dance club with an old-theater decor.

Additional details and ticket information has yet to be released, but we expect that announcement to come in the near future as the attraction is set to open up this fall.