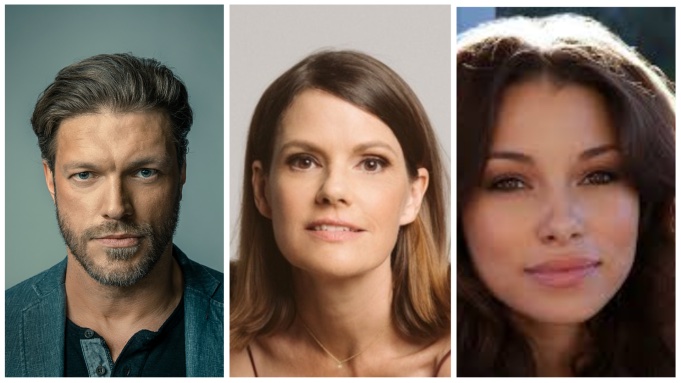 Three actors have joined the cast of the Disney+ “Percy Jackson and the Olympians” series. Adam ‘Edge’ Copeland, Suzanne Cryer, and Jessica Parker Kennedy will play the series’ antagonists.

Copeland will portray Ares, god of War, in a recurring guest star role. Ares is “handsome in a wicked way and arrogant, despite not always being the sharpest tool in the shed. He loves conflict and acts as an agent of chaos wherever he goes.”

Cryer will guest star as Echidna, the Mother of Monsters. Echidna appears in “The Lightning Thief” book when Percy, Annabeth, and Grover visit the Gateway Arch in St. Louis. Echidna is “dangerous, intimidating, and strangely maternal. She enjoys her task of challenging heroes and will test Percy’s faith in the gods.”

Finally, Kennedy will guest star as Medusa, who was “wronged by the gods and bitter. Medusa lives in isolation until travelers stumble on her emporium. She is welcoming to some and a threat to others.” Medusa appears in the book at Aunty Em’s Garden Gnome Emporium, which is filled with garden statues that are actually people she’s turned to stone.