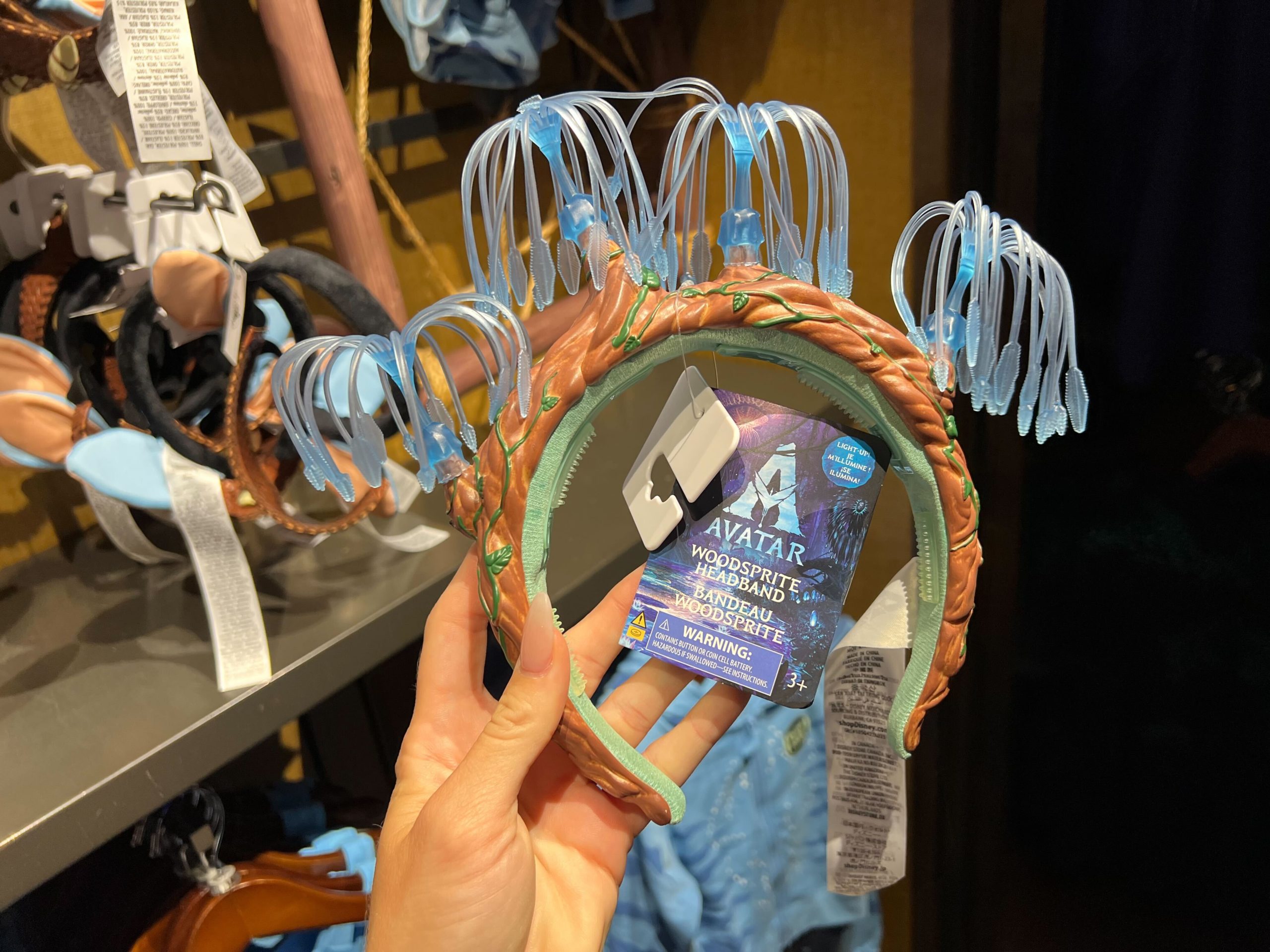 This past May, Disney celebrated the 5th Anniversary of the opening of Pandora – The World of Avatar at Disney’s Animal Kingdom Theme Park. Fans have been treated to a host of new merchandise including this Avatar Light Up Woodsprite Ear Headband we found at Windtraders.

Similar in appearance to a jellyfish, a woodsprite is a seed of the Tree of Souls that lives on Pandora. These seeds, according to the Na’vi, are very pure and sacred spirits. Furthermore, these seeds are believed to be auspicious wheresoever they choose to rest.

This Avatar Light Up Woodsprite Ear Headband has four woodsprites resting on a gnarled tree trunk.

The four light-up woodsprites cascade across the top of the headband. Each of them has branches that rise up and drape over the center.

The extended branches have intricately feathered leaves and small, soft spikes on its body.

This headband is recommended for ages 3 and up and comes with a coin cell battery.

The body of the headband resembles a tree trunk or branch with green vines and leaves weaving around and down.

The interior of the headband is lined in soft green velour. On one side is a plastic casing to house the battery and on/off switch. The casing on the other side simply houses the electronics for the other two woodsprites.

In addition, there are two small bands of teeth to securely hold the headband in place while wearing.

Is this a must-have for your collection? Let us know in the comments below.

Check out more Avatar-themed merchandise we recently found in Pandora: