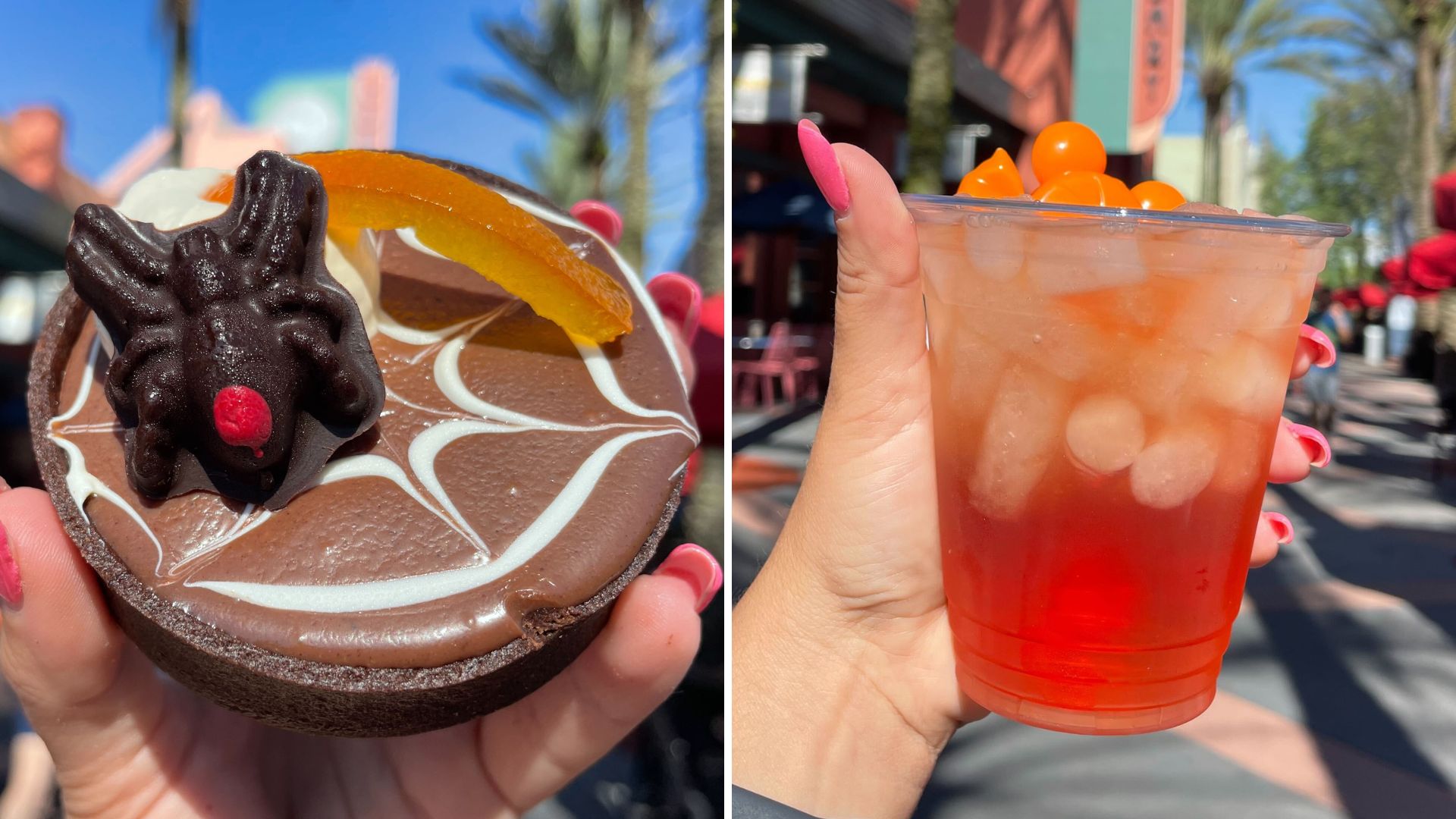 This is terrible, and we are not being dramatic.

Only a minimal amount of spice comes through, and it was very dry.

The pomegranate molasses whipped cream is so tart it made us pucker.

This is just too sour of a treat. The flavors don’t fit well together. The pomegranate and orange don’t mix. This is a hard pass.

A hint of cinnamon comes in at the end, thanks to the Fireball.

Though cranberry is listed as an ingredient, we didn’t taste any.

We think it needs another shot of Fireball, but it’s not a bad spiked juice.

The glow “cube” looks like an orange piece of Mickey-shaped Halloween candy.

This is returning from 2021 sans whisky.

The cider was pretty sweet, and the rim was coated with cinnamon sugar.

The green apple boba was pretty good, but it can be difficult to get the boba through the straw. It’s fine, but not something we will be running back to have again.