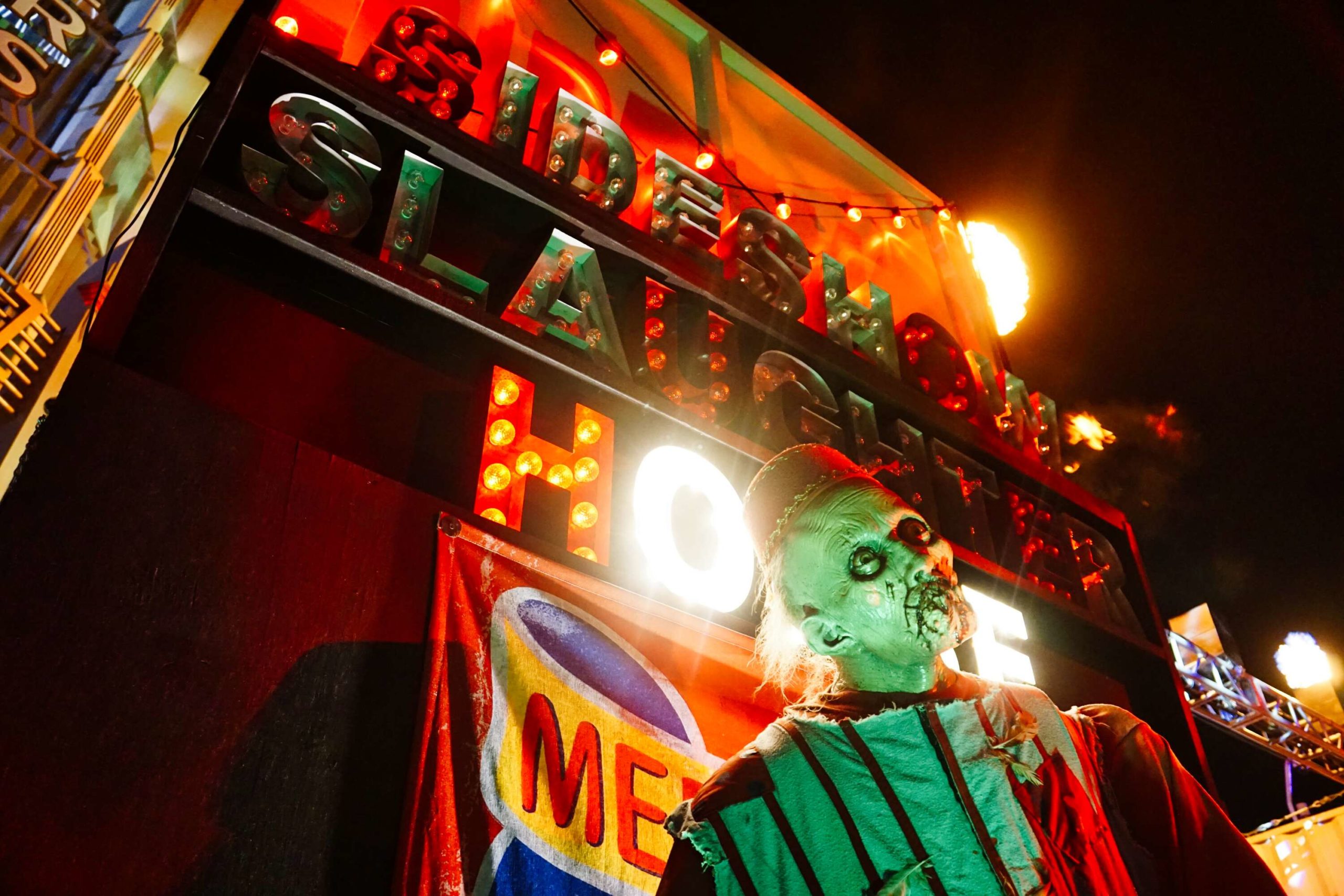 Here’s the description of Clownsawz: “Some people think clowns are the scariest. Well, we’ve decided to give chainsaws to an entire troupe of demented clowns. You’re welcome.”

Here’s the description of Sideshow Slaughterhouse: “Step right up and enter a seedy sideshow where murderous geeks, freaks and roustabouts make your horrified screams a part of the show.”

These two scare zones run together as they are both in the entryway of the theme park. The clowns wielding chainsaws roam from the entrance gates all the way up to the Universal Plaza fire archway. The Sideshow characters start around the Studio Store, 50 feet inside the entrance, and extend up to the DreamWorks Theater.

These two areas overlap and as such, the scare zones become indistinguishable from each other. The Sideshow Slaughterhouse area is made known by signs and other mannequins that present various sideshow oddities including Amazon Eve and Meep the Geek, whereas Clownsawz has no identifying set pieces.

This area is only okay as a scare zone. It’s somewhat expected to have a clown with a chainsaw at events like this, so it’s really not striving for anything new or different. The sideshow characters are interesting and feature some really cool masks for the monsters, though when they are running by quickly in the dark, only illuminated by the occasional burst of flame from the arch overhead, it’s hard to really see the finer points of the masks.

The best time to visit this scare zone is towards the end of the event, when the Chainsaw Brigade is brought up from the Terror Tram to chase guests out of the park with coordinated chainsaw attacks.

Watch our video of both scare zones below.