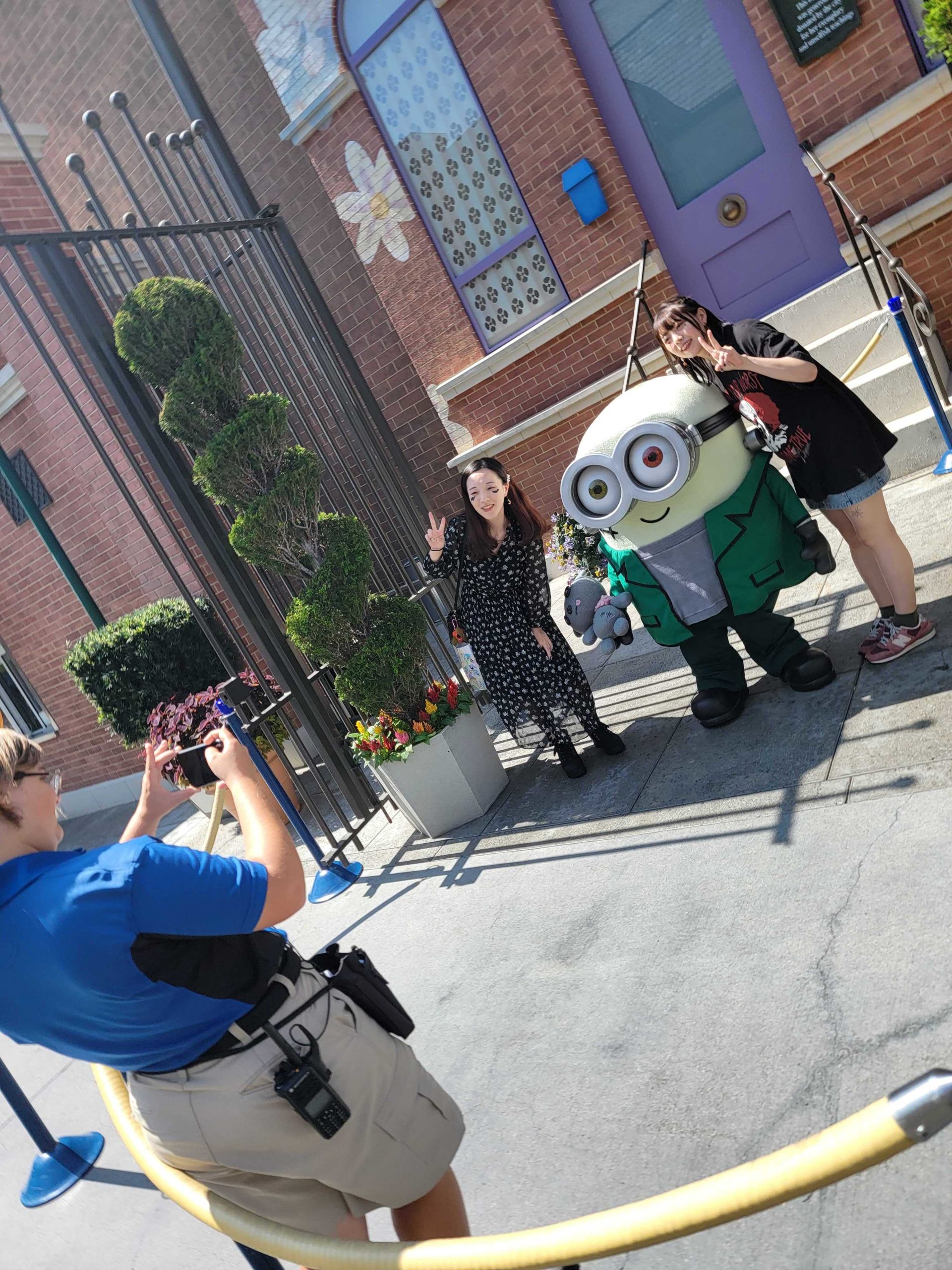 We visited Universal Studios Hollywood and found Bob from “Minions” out greeting guests all dressed up for Halloween.

Dressed as Frankenstein, FrankenBob can be found outside Despicable Me Minion Mayhem.

Instead of his normal yellow coloring, FrankenBob sports pale green “makeup,” silver bolts sticking out from the sides of his neck, and stitches on the right side of his cheek.

FrankenBob is dressed in a purple mock turtleneck, forest green jacket with black trim along the collar, placket, cuffs, and front pockets. Finishing off his costume is a pair of dark gray trousers and thick black shoes.

Bob’s teddy bear, Tim, covered all in a gray “costume,” is also dressed for the spooky season. Dangling from his right hand, Tim also has monster-esque features including pink “x’s” in his button eyes and pink thread unraveling from his left eye. Looking as if he’s dead, Tim’s arms and legs are splayed out, and his pink tongue is sticking out of his mouth. Finishing his look are pink and black stitches on his torso and pink stuffing protruding out of his neck.

Are you excited to meet FrankenBob at Universal Studios Hollywood? Let us know in the comments below.

Check out other stories on Halloween events and activities at Universal Studios Hollywood: