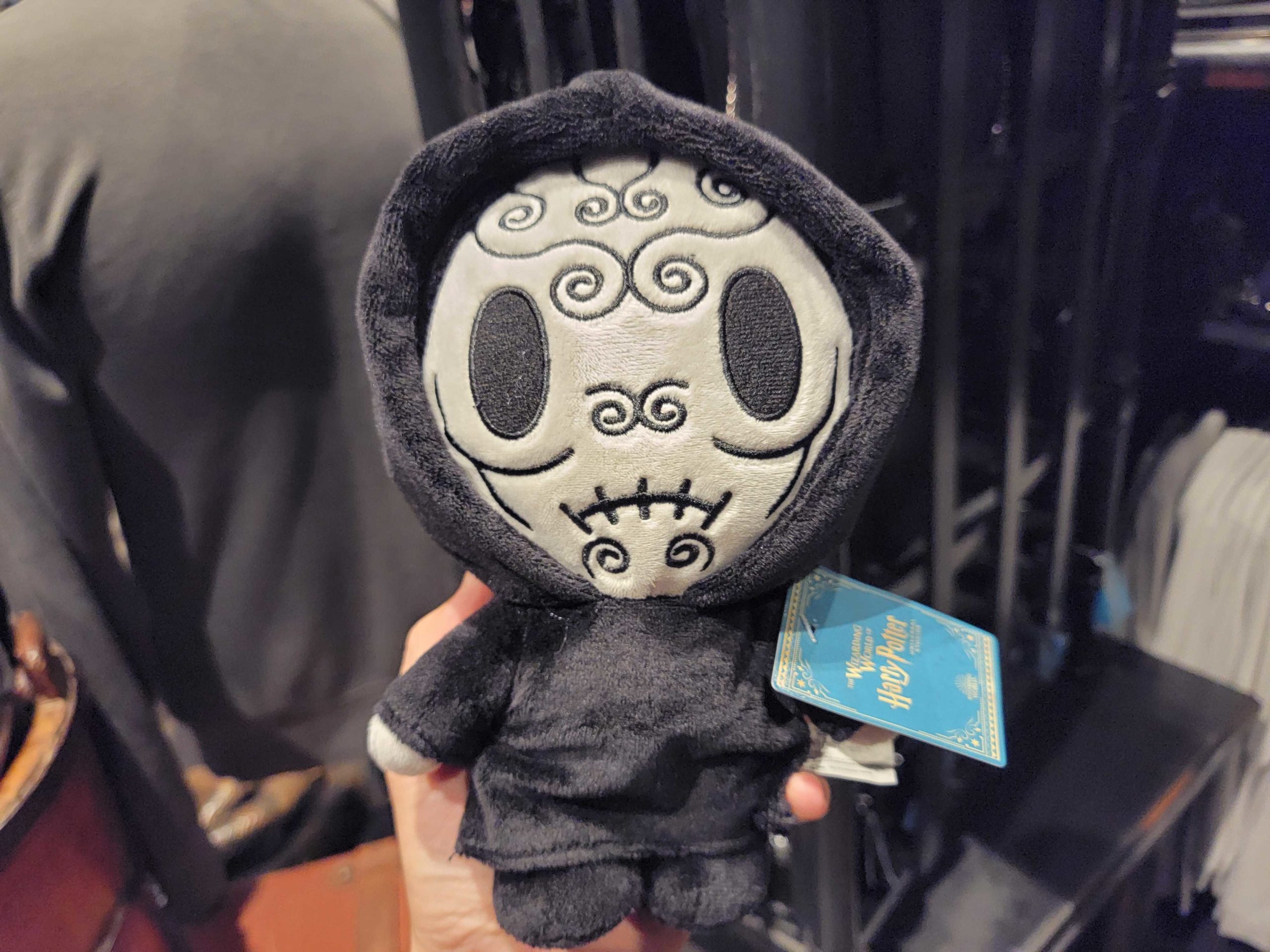 If you’ve ever wanted the servants of He-Who-Must-Not-Be-Named to be a bit more adorable, a new Death Eater plush we found at Universal Studios Hollywood is just the thing for you!

The new plush is somewhat small, it should rest in the palm of your hand quite comfortably. It’s in a black cloak and shoes, with a stylized version of the nefarious Death Eater mask poking out of the hood.

There is no design on the back.