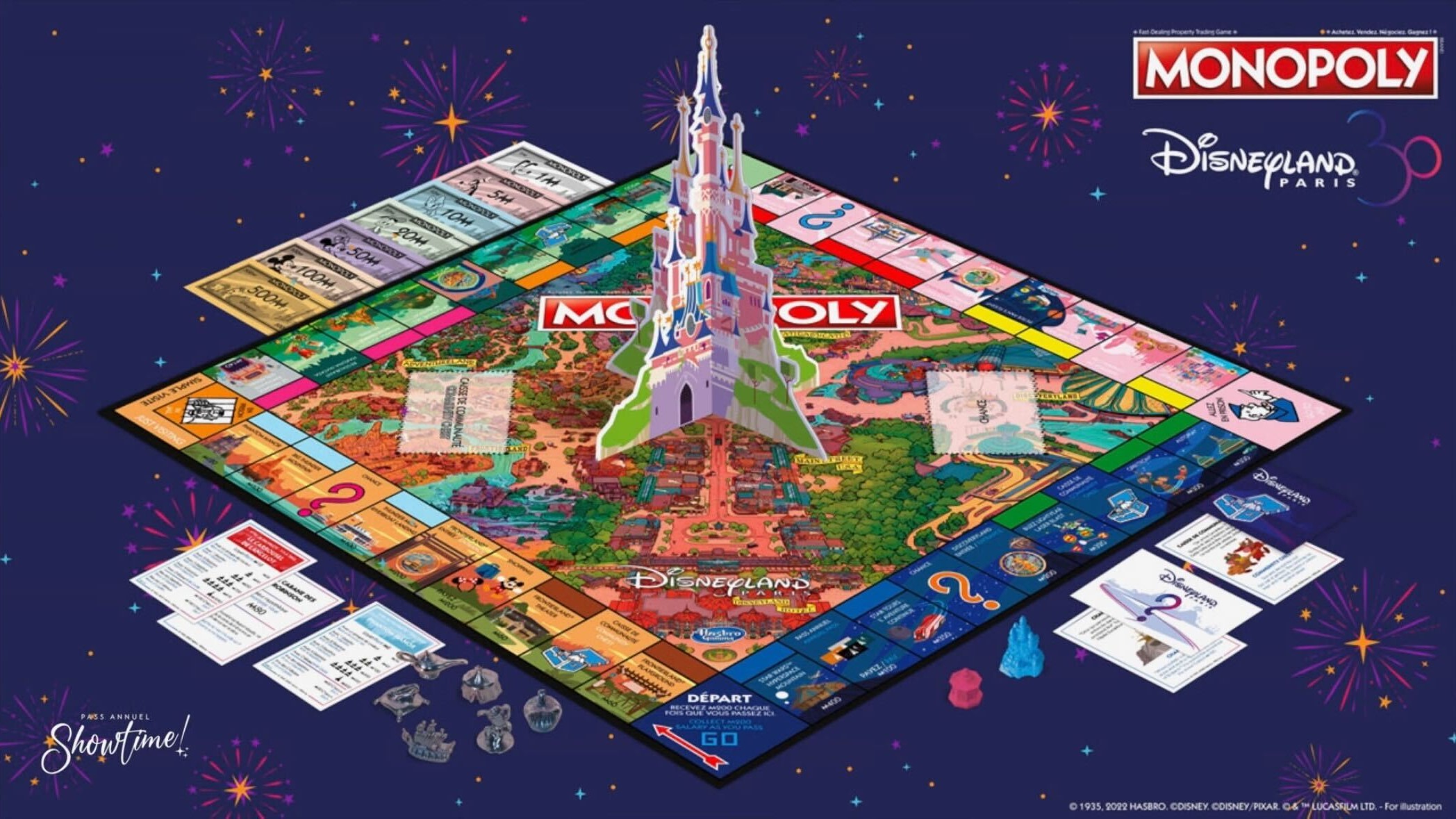 Details and new photos have been released for the Disneyland Paris 30th anniversary Monopoly board game. The game is set to be released on October 19 for Annual Passholders and October 20 for all other guests.

As we’ve seen before, a pop-up Sleeping Beauty Castle is in the center of the board, with the park map around it.

We also got a look at the Chance cards — pictured above are three examples (top row). One reads, “You took a Disney Premier Access. Advance to Star Wars Hyperspace Mountain.” The one in the middle says, “Experience an expert trim at Dapper Dan’s Hair Cuts. Pay M15,” with M representing Monopoly Money. The third chance card reads, “You are Mickey’s special guest. He gives you a free Disney PhotoPass to capture your favorite memories. Collect M50.”

The preview also revealed three of the Caisse de Communauté (Community Chest) cards. One reads, “‘Whoso pulleth out this sword of this stone and anvil is rightwise ruler born of England.’ You pulled the sword out of the stone! Collect M100,” in reference to the Sword in the Stone in Fantasyland. The second card reads, “You help Captain Nemo to free the Nautilus submarine from a giant squid. Collect M50,” referring to Les Mystères du Nautilus (The Mysteries of the Nautilus) attraction. The third card says, “You hunt for treasure at Adventure Isle. Here is your reward! Collect M10,” with an illustration of Skull Rock.

Are you excited to play Disneyland Paris Monopoly on family game night? Let us know in the comments.