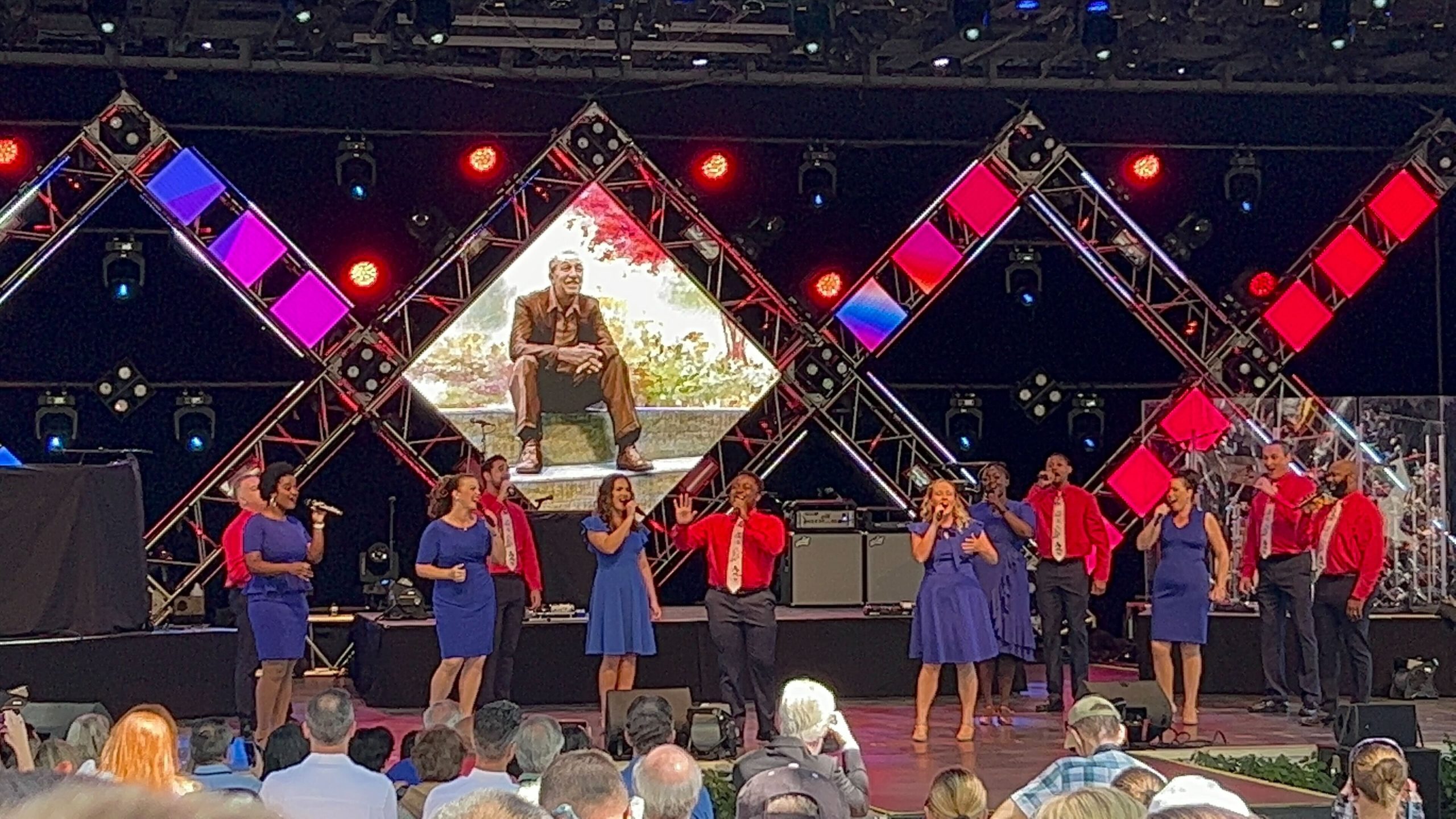 To celebrate the 40th anniversary of EPCOT today, October 1, 2022, Cast Members participated in a ceremony at the America Gardens Theatre.

The ceremony began with a performance by Mariachi Cobre, who usually perform at the Mexico Pavilion.

The Voices of Liberty, a mainstay of the American Adventure, also performed.

The screens of the stage showed the EPCOT 40 logo as well as clips of Walt Disney talking about EPCOT.

The ambassadors returned for a final speech, while concept art for the ongoing EPCOT reimagining was shown on the screens.

The show ended with the Voices of Liberty singing “Golden Dream” from the American Adventure with concept art of the Walt the Dreamer statue behind them.

Watch our video of the ceremony below.