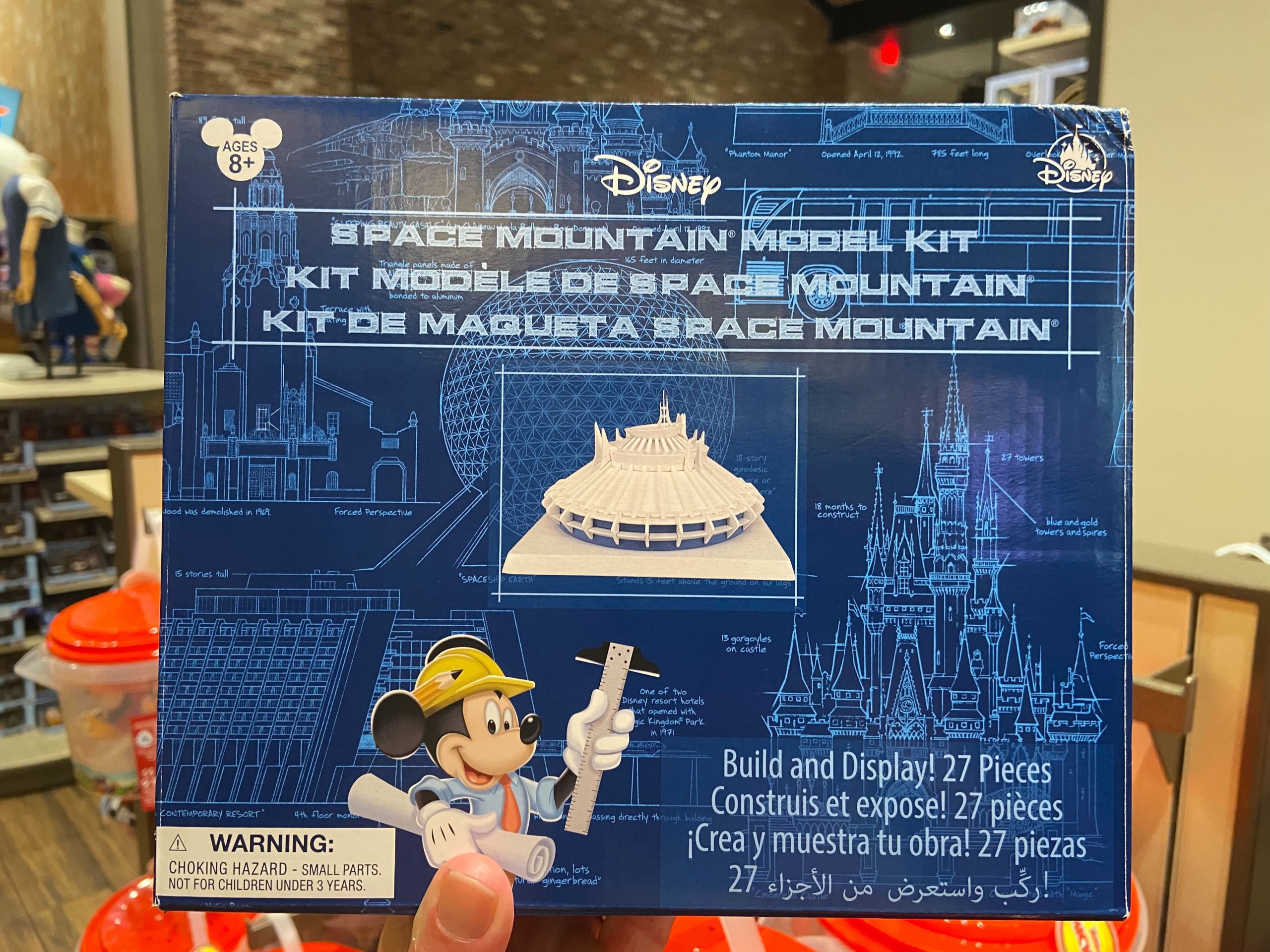 Ever wanted to have a small model of what may be Disney’s most iconic coaster building to display at home? Well want no more, for a new Space Mountain model kit has blasted into the Disneyland Resort!

In the World of Disney Store, we found this box of the Space Mountain model kit, which appears to be modeled on the Walt Disney World version.

The kit comes in 27 pieces and can be assembled by yourself.

The box features blueprint-style drawings of some of Disney’s most iconic structures worldwide, including Cinderella Castle from Walt Disney World and Tokyo Disneyland, Space Mountain from every Disney park except Shanghai Disneyland, Phantom Manor, and Le Château de la Belle au Bois Dormant from Disneyland Paris, and the Carthay Circle Theater and California Screamin’ (not Incredicoaster) from Disney California Adventure.

Will you be adding this to your displays at home? Let us know in the comments below!