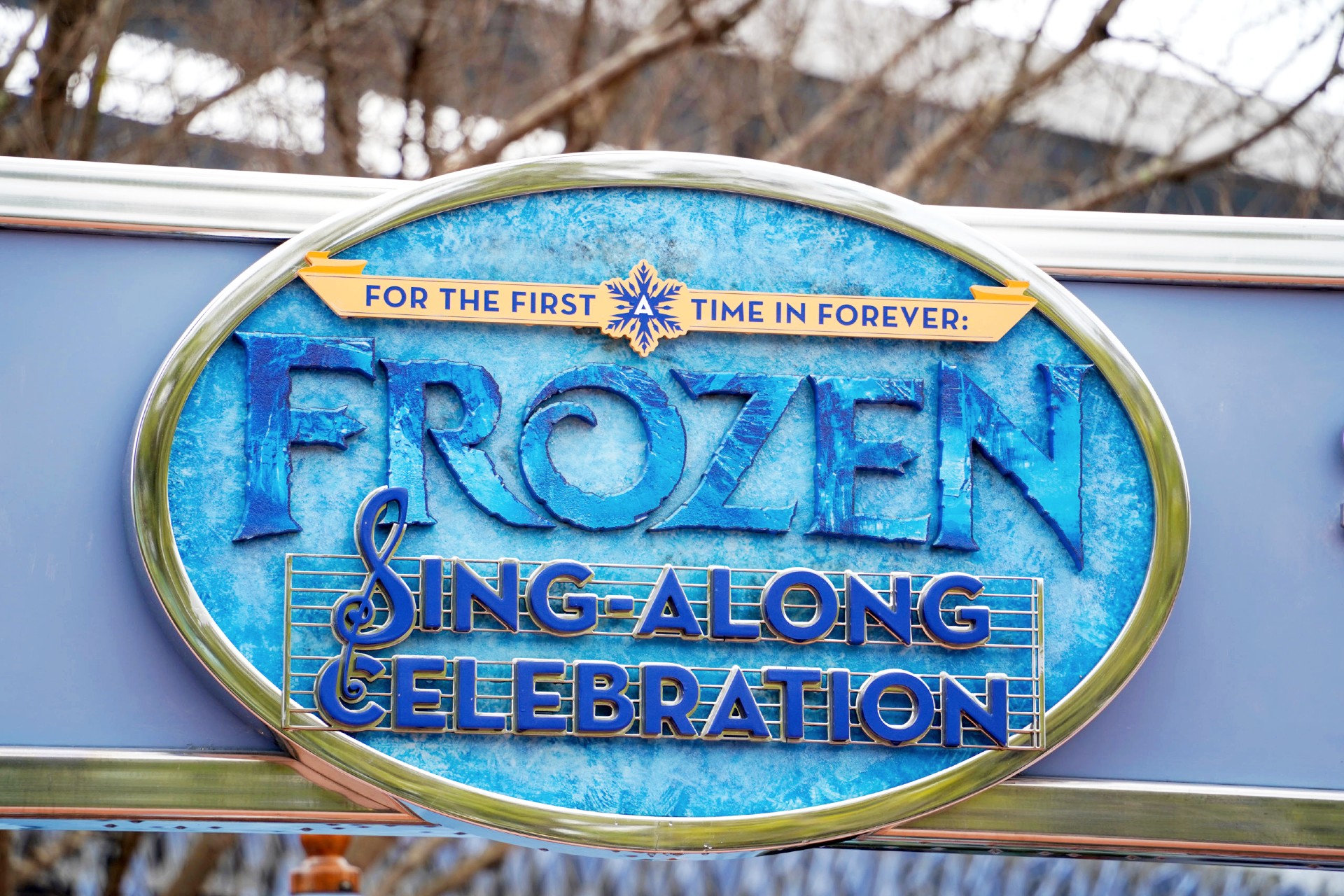 Disney’s Hollywood Studios guests hoping to enjoy “For the First Time in Forever: A Frozen Sing-Along Celebration” this morning were disappointed as at least one performance was canceled due to a leak at the attraction.

Guest Tim Creenan sent us the above photo, which shows water pouring from several spots in the breezeway ceiling where guests exit the show. Exactly what happened to cause the leaks is not clear.

Creenan said the 11:30 a.m. show was canceled. The show is usually performed hourly starting at 9:30 a.m. each day.

When we swung by an hour later, the water was still leaking into the exit breezeway.

The 12:30 p.m. and 1:30 p.m. showtimes were canceled. Later showtimes were still on the schedule board but Cast Members said to check My Disney Experience for updated showtimes. It’s possible more performances will be canceled.

When asked if water was coming down in the theater, a Cast Member didn’t confirm or deny, simply saying that water is coming down where water should not be.

“For the First Time in Forever: A Frozen Sing-Along Celebration” is scheduled to close for a refurbishment in early January 2023.

Watch our video of “For the First Time in Forever: A Frozen Sing-Along Celebration” below.