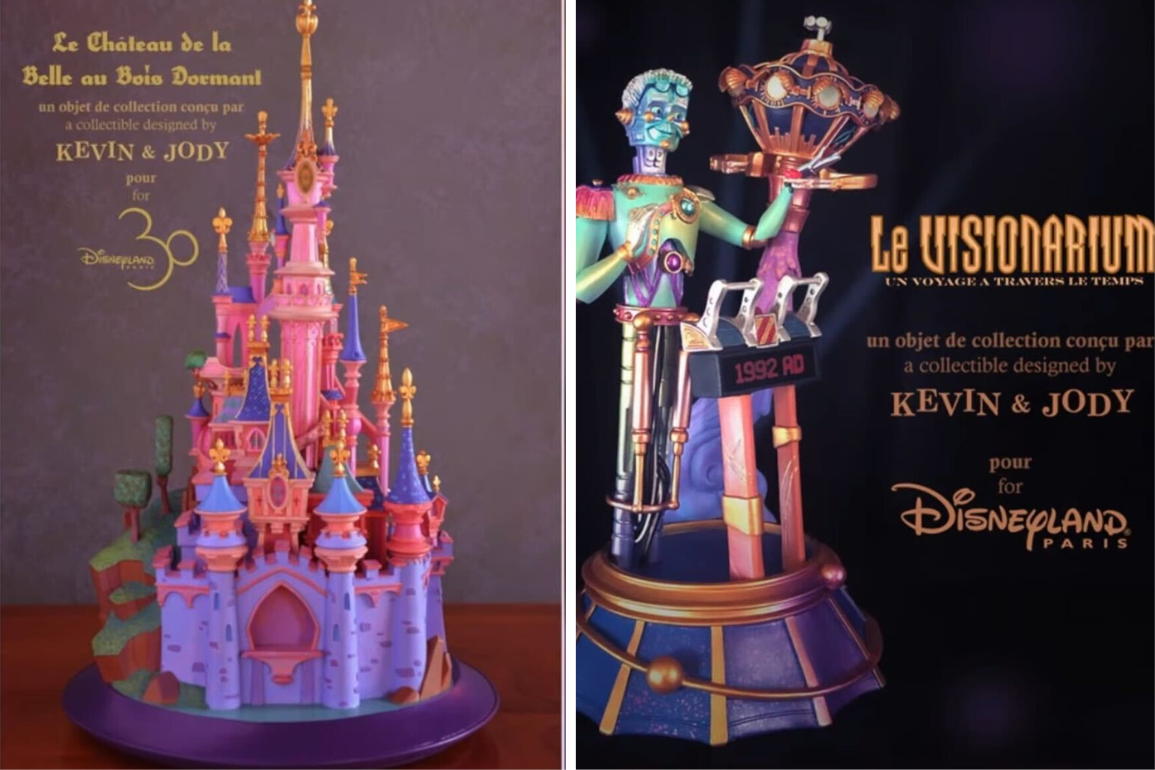 Three new statues from Kevin & Jody are debuting at Disneyland Paris, celebrating Sleeping Beauty Castle, the Lair of the Dragon, and the Timekeeper.

The statue of Sleeping Beauty Castle by Kevin & Jody celebrates the park’s 30th anniversary. It will be released in November and have a limited edition size of 1,000.

This three-piece statue set depicting the Dragon’s Lair under Sleeping Beauty Castle will be available this month.

The Timekeeper was a Circle-Vision attraction at Disneyland Paris from opening day until 2004. An English version of the show could be found in the Magic Kingdom from 1994 until 2006 as well. The statue features the Timekeeper and 9-Eye. It will be released in November and have a limited edition size of 1,000.