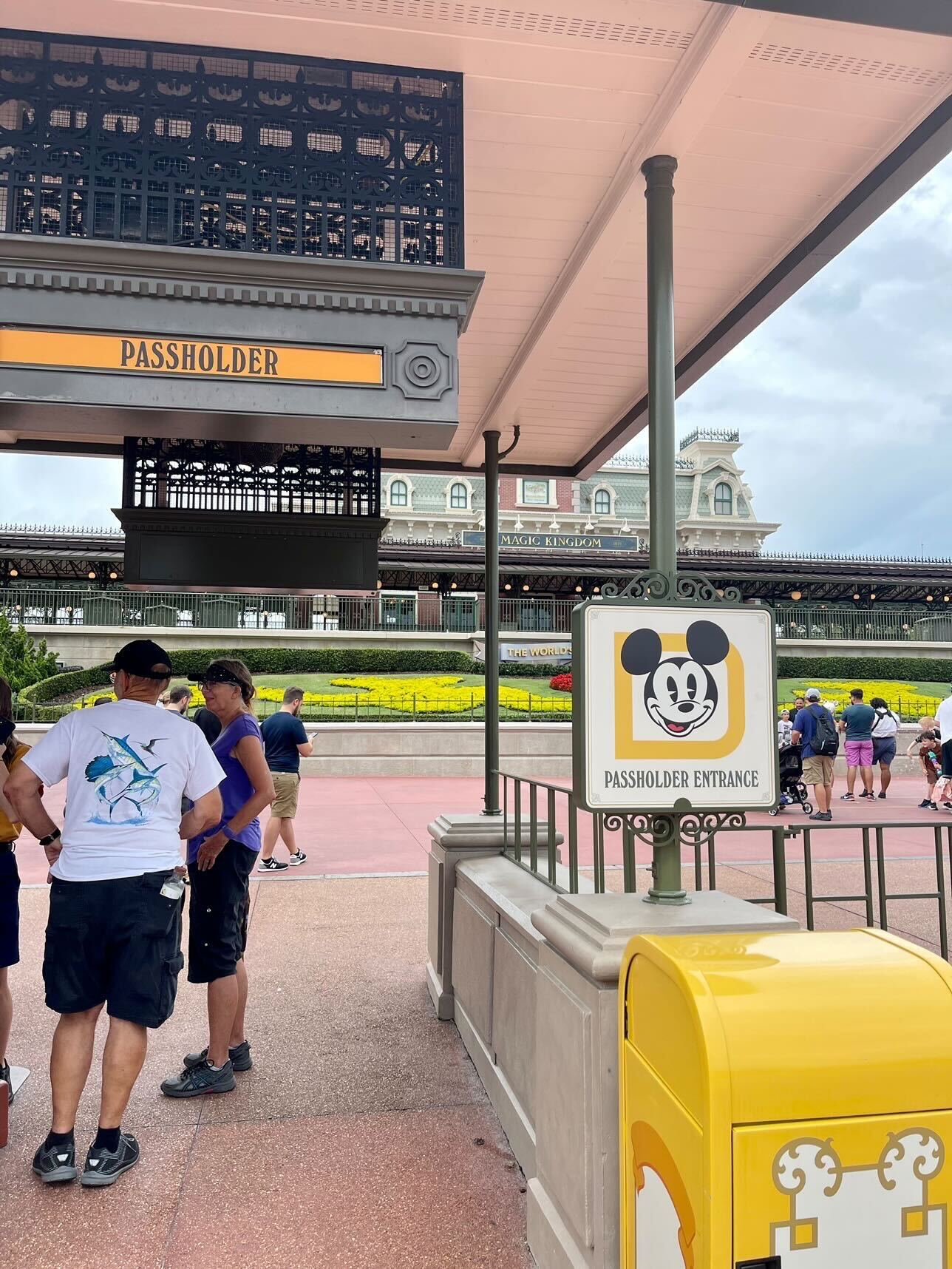 Earlier this week, we reported seeing mysterious signs appearing at the entrances of the Magic Kingdom and EPCOT. The signs, which were at eye level, featured iconography from the Walt Disney World Railroad Station and the EPCOT logo.

Today, we saw the mystery sign at the Magic Kingdom was a placeholder for the new Passholder Entrance sign.

The new sign features a modified version of the updated look from Annual Passes. A smiling Mickey Mouse head design, similar to the new Mickey starring in the new Mickey Mouse cartoons on Disney+, appears in the middle of a large, yellow “D” from the iconic Walt Disney World logo.

We can only assume that the EPCOT logo placard will also become a Passholder Entrance in the near future.

What do you think of these new signs? Let us know in the comments below.