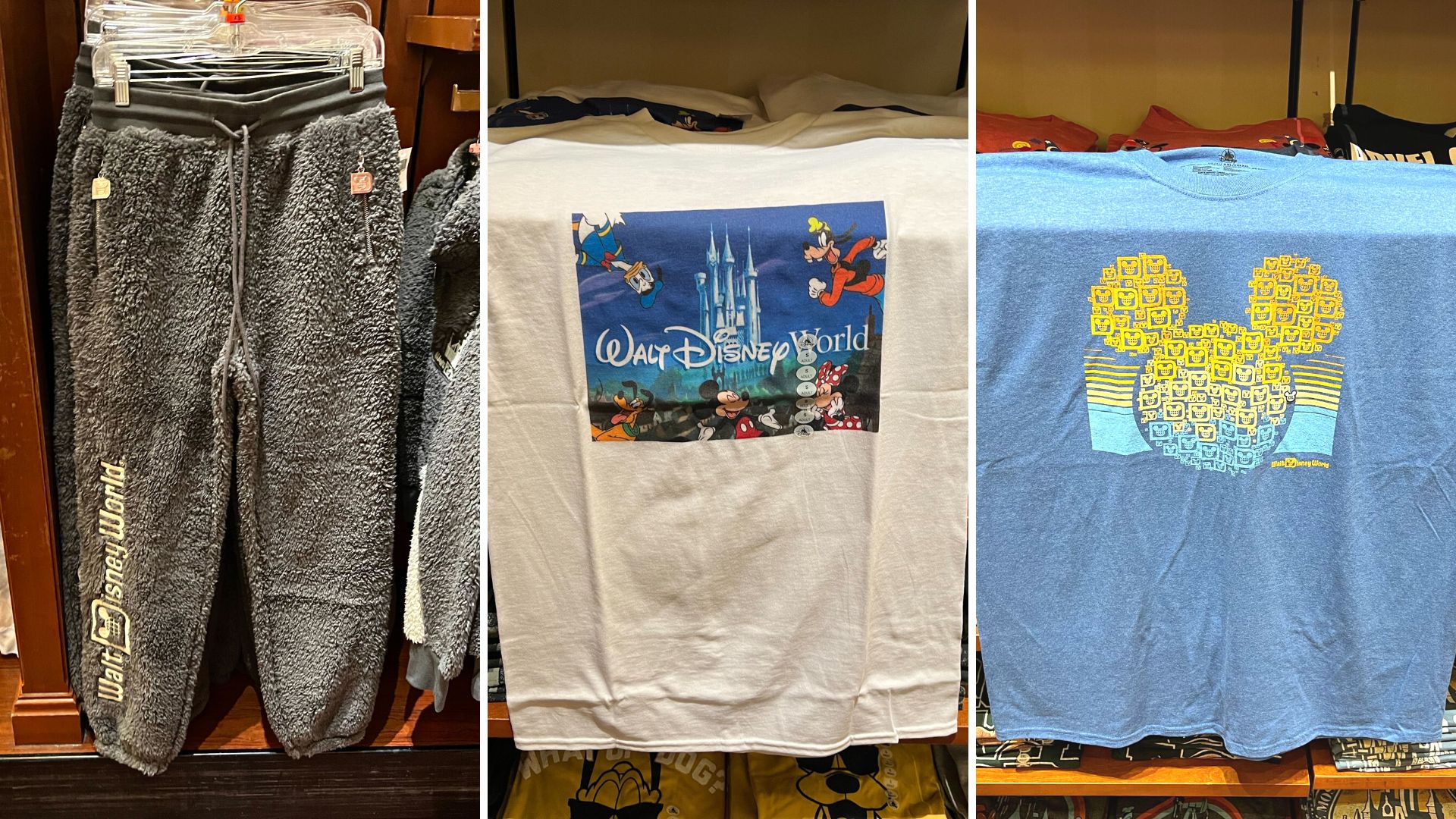 Walt Disney World has new T-shirts and a fuzzy outfit for the winter featuring the resort’s logos.

This blue tee features a yellow and blue Mickey head at the center.

The Mickey head is made up of dozens of the Mickey globe “D” logo.

This shirt is white with a printed image of Mickey, Minnie, Pluto, Donald, and Goofy in front of Cinderella Castle. The castle is actually an image from “Cinderella,” not the park’s version.

“Walt Disney World” is across the center in the iconic Disney font.

They have a drawstring waist and zip pockets.

The zipper pulls are of the Mickey globe “D” logo.

This sweatshirt matches the pants. It’s mostly gray, with white panels on the sleeves and sides.

A white patch of Cinderella Castle and “Walt Disney World” is on the left breast. It has a half-zipper on the front, also with a globe logo zipper pull.

This apparel is all available in the Emporium at Magic Kingdom. Check out this new Magic Kingdom apparel, too.