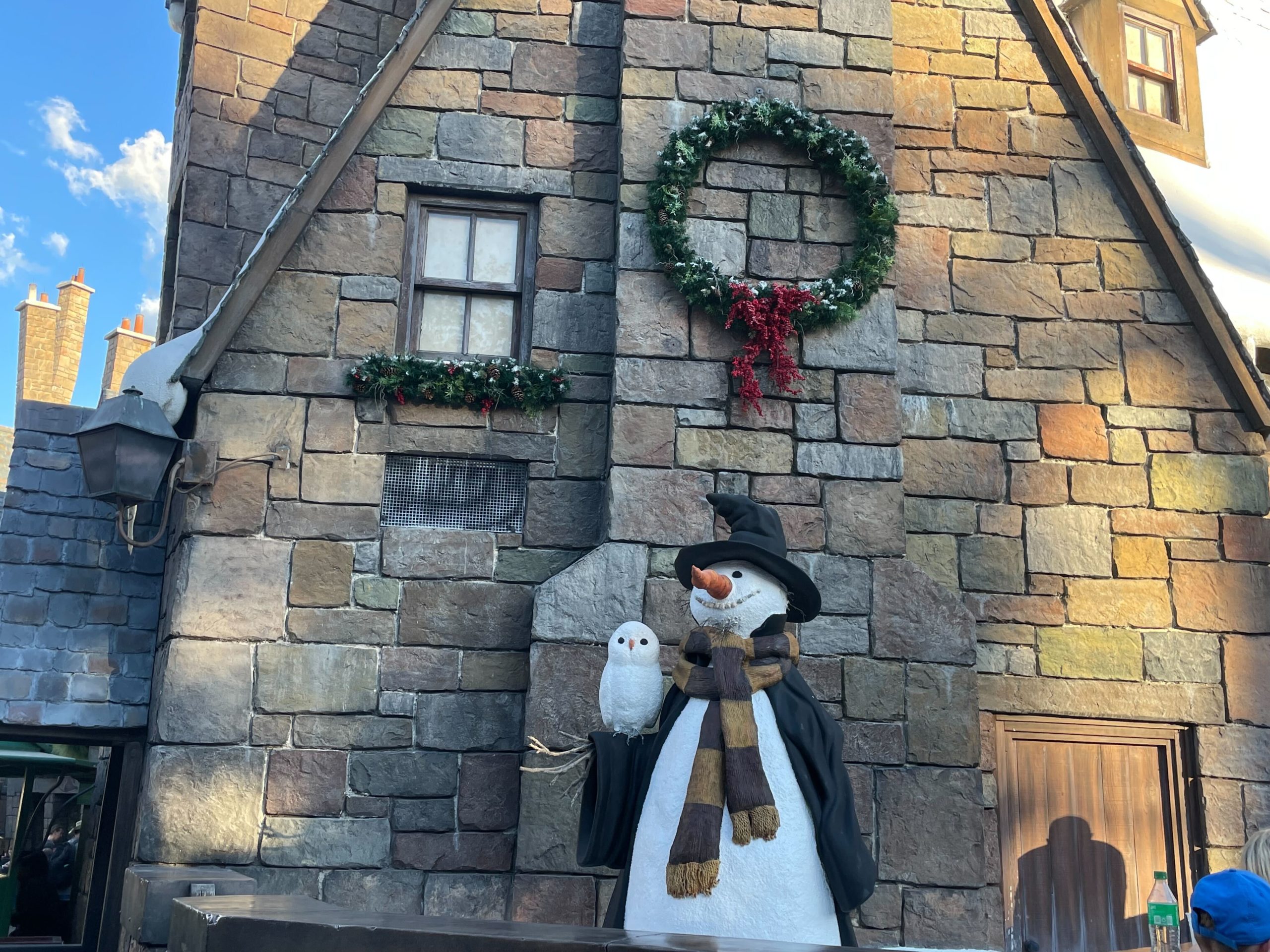 Greetings from another beautiful autumn night at the Universal Orlando Resort. We’ve been spending a lot of time at Halloween Horror Nights, but tonight we’re playing at Islands of Adventure instead. Let’s check out what’s new since our last visit.

In CityWalk, Cinnabon now has their logo on the umbrellas outside. We’re very tempted to stop for a snack, but we’re on a mission.

The lemon slush stand is missing from Port of Entry, along with the Coca-Cola Freestyle machines. There is probably some minor refurbishment happening behind the construction walls and we’re sure the machines and lemon slush stand will return soon.

Happy Who-lidays! The trees have been added to the entrance of Seuss Landing. They aren’t lit yet, but it’s almost time. A lot of the other garland and candy cane decorations are lit, though, so it’s starting to feel a lot like Christmas around here.

One Fish, Two Fish, Red Fish, Blue Fish is closed temporarily. We hear the closure should only be a couple days, though.

The pathway between One Fish, Two Fish and Circus McGurkus is getting refurbished before the start of Grinchmas. This area is typically the entrance for the show, so we expect signs will go up soon. We can’t wait to see the Grinchmas Who-liday Spectacular again!

Reversible “Naughty” and “Nice” Grinch scarves, hats, and blankets have arrived at the Mulberry Street Store. The scarf is $37, the hat is $35, and the blanket is $50. It gets cold in Florida, too, so these will probably sell out quickly on the first day we get winter weather. Grab them now before they’re gone!

The Mystic Fountain is back! Well, it probably didn’t go anywhere, but the construction walls are down and we’re glad to see it again.

Hogsmeade Station looks beautiful with its holiday decorations around the entrance.

Dark Arts with a side of holiday cheer, anyone? Hogsmeade is decked out for Christmas.

It does feel a little early for Hogsmeade to have the holiday decorations up since the Dark Arts show is still going on, but what can we do? Happy Halloween and Merry Christmas!

Thank you for cleaning up after the tourists and dinosaurs.

Have you ever wanted to ride Pteranodon Flyers? Check out our full ride POV video.

The Christmas decorations have also gone up inside restaurants around the park.

Restaurants have added these for tray returns. Rather than stacking trays on trash cans or leaving them on tables, guests can return them to these designated spots. Some of the placements do feel a little awkward.

Dudley Do-Right’s Rip Saw Falls is closed for refurbishment and walls went up to block off the entrance. You can still see the drop from the bridge, though.

A little rumor we heard recently says that the Betty Boop Store in Toon Lagoon could become a new UOAP Lounge after the holidays. Read more about the rumor in our post here.

It’s a beautiful night here in the park.

Bread Box in CityWalk has a Holiday Turkey sandwich and it’s amazing. The sandwich is made up of mashed potatoes, stuffing, and roasted turkey on a cranberry bread and comes with a side of gravy.

Time to grab some dinner and get out of here. Thanks for following us around the Universal Orlando Resort today. We’ll be back again soon, so stay tuned for more updates!