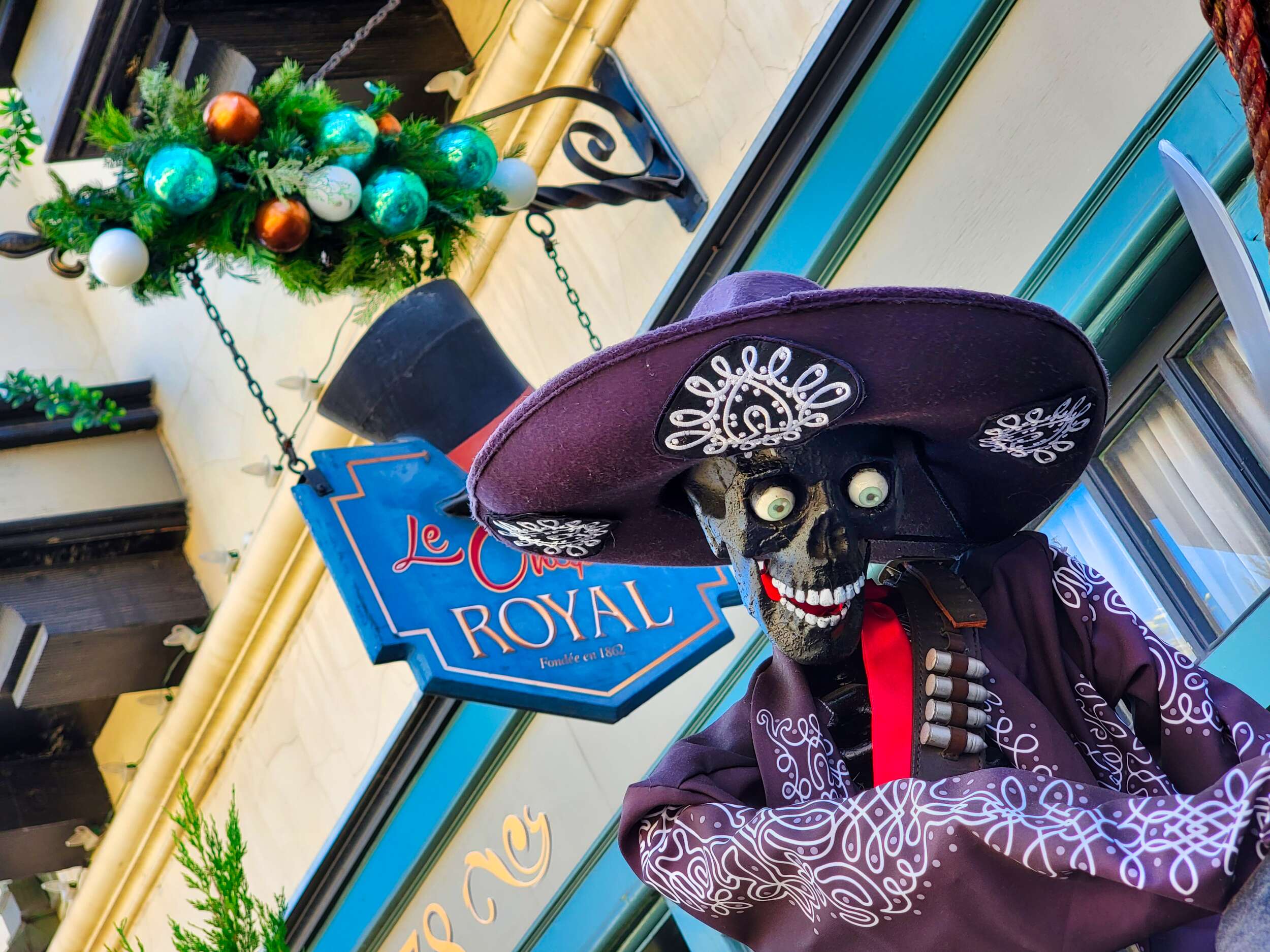 Toothsome Chocolate Emporium and Savory Feast Kitchen is coming along nicely, with new work being done on the twin spires in front of the restaurant.

The spires, as cam be seen, are now being painted in a stylized gold color and the spirals are being added along the sides.

In the new Universal Presents Super Nintendo World store in CityWalk, we found a pair of new cosplay zippered hoodies for the Super Mario Brothers.

We also found a selection of cute little character headbands featuring some of your favorite Super Mario Brothers characters, enemies and items.

And we found some new Nintendo character plushes like this Pirhana Plant, above, and Chef Toad, below. Could this belie the appearance of Kinopio’s Café when Super Nintendo World opens? We hope so.

And for plush Toad fans, we have another iteration for you. This plush Toad zippered coin purse is one of two that we found today.

We found even more plushes inside the park, like this Chain Chomp plush.

This set of Super Nintendo fun fact coasters can beef up your Mario knowledge prior to the land’s opening in early 2023.

For those who want to watch something grow out of the Warp Pipe rather than disappear into it, this planter is for you.

These Simpsons shirts, seen above and below, may not EXPLICITLY say Treehouse of Horror, but we are accepting them as ToH merch via some strong headcanon.

Speaking of the Wizarding World, we found a sweet memoriam of Robbie Coltrane’s passing — flowers have been laid at Hagrid’s hut in the line for Flight of the Hippogriff.

Let’s check in on the Super Nintendo World progress.

Princess Peach’s castle has arrived since our last visit. We can’t wait to get in there and see it all from the ground level.

Christmas lights and decorations have started springing up around the park, and these red and white lights around the area with a “Happy Halloween” sign are possibly the most apparent juxtaposition of the two holidays colliding.

In addition to the garlands we have already seen installed, wreaths and garlands have been added to The Secret Life of Pets: Off the Leash.

Minion Cafe is still fully decked out for Halloween despite the Christmas lights.

And French Street is very telling for the change-over, with its garlands, wreaths and skeletons all around.

This is weird, and we kind of love it.

Let’s head down to the Lower Lot.

The refurbishment of the Transformers: The Ride entrance seems to be completed. The characters don’t seem to have received any paint, but the background is looking bright and shiny.

Our Martini Shot of the day is from the Wizarding World of Harry Potter, where the clouds provide a beautiful backdrop for the soaring spires of Hogwarts Castle.

NEW ‘Cars on the Road’ Merchandise at Disneyland Resort