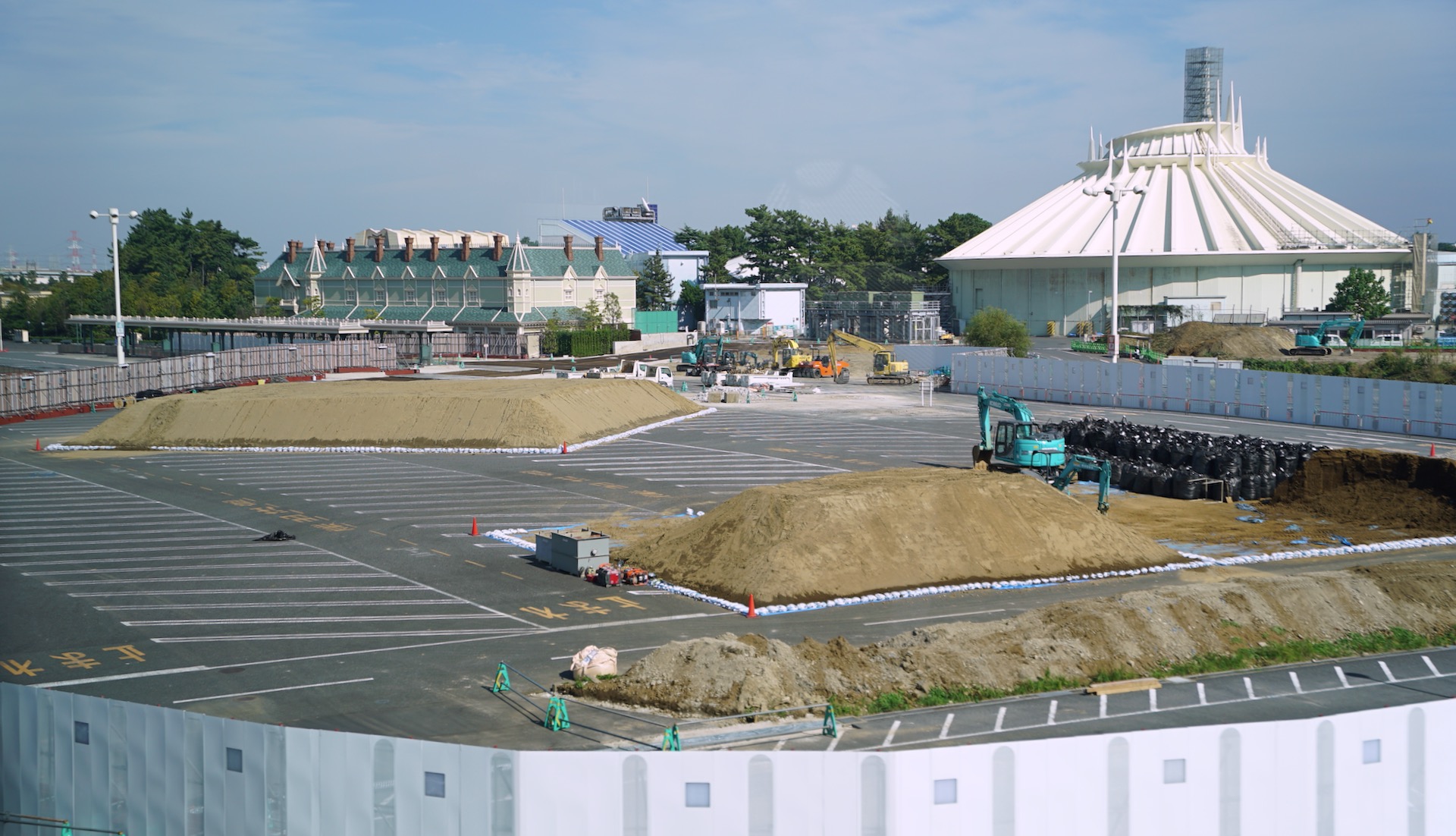 Back in April, it was announced that Space Mountain at Tokyo Disneyland would be completely demolished and rebuilt with a scheduled opening date of 2027. But even now two years ahead of its scheduled closure, it seems site work is already beginning behind the current Space Mountain structure.

As has been happening for quite some time, more and more parking areas are being eaten up around Tokyo Disney Resort for expansions. First New Fantasyland took a small bit, then Fantasy Springs ate up an entire overflow lot, now it looks like Space Mountain is taking over some of the bus lot.

Walls are up around a massive chunk of land, much larger than originally envisioned for this project. Three bus stands are behind walls as well and presumably slated for demolition.

With the trees cleared, we can see the electrical equipment behind Space Mountain which covers much of Tomorrowland’s electricity needs.

What’s most shocking is the sheer amount of space set to be used. While Space Mountain in Japan is identical to the pre-2005 Disneyland version with a few changes made, rumors have swirled in some circles that the Oriental Land Company was very impressed with the technology and concept behind Guardians of the Galaxy: Cosmic Rewind at EPCOT. The amount of space reserved for the new Space Mountain suggests we may see something similar to the infamous boxy gravity building used for Cosmic Rewind here in Japan.

The reserved space is set at an angle allowing for a similar tunnel from the new Space Mountain entrance to a gravity building-like structure. It’s difficult to see, but the walls are set at an angle which carves out a pocket behind the Tomorrowland Hall structure and next to the Fantasyland Forest Theatre.

It’s difficult to comprehend what else this land could possibly be used for. The gravity building will bump right up next to the Disney Resort Line monorail beam it seems.

Two large rectangular dirt piles are in place in the former bus parking lot. This area was rarely used to anywhere near capacity, with little more than fifteen buses at the very most parking at the site. Asphalt is still in place.

Space Mountain as we know it at Tokyo Disneyland is set to close in 2024, and the new version will open in 2027. The new coaster will be the first thrill attraction at Tokyo Disney Resort since Tower of Terror opened in 2006. Approximately ¥56 billion ($437 million) will be spent on this project, with the Space Mountain name and theme to be retained as well as Coca-Cola’s sponsorship.

Are you excited for the new Space Mountain? Let us know in the comments below!