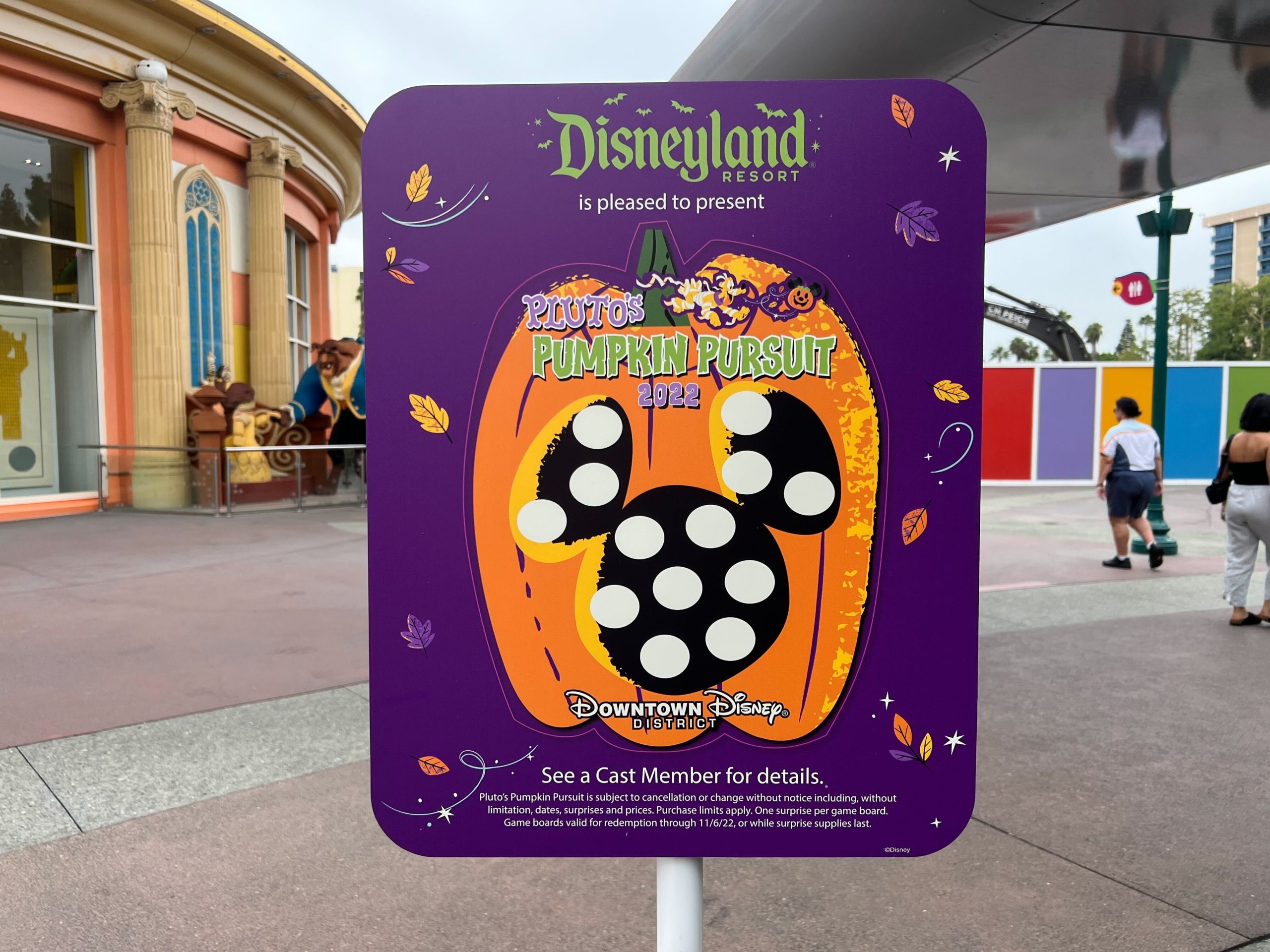 Over the summer, Disney announced the popular Pluto’s Pumpkin Pursuit scavenger hunt from the Disneyland Resort would come over to EPCOT from September 28 through October 31. But with Hurricane Ian shutting down Walt Disney World on the same day, Pluto’s pumpkins seem to be running into some trouble.

The scavenger hunt is supposed to be a late addition to the 2022 EPCOT International Food & Wine Festival, with guests picking up a map and stickers at outlets like Creations Shop, Port of Entry, or World Traveler and hunting for hidden decorative pumpkins based on Disney characters. Once they’ve found all of the characters, they can return their map to Disney Traders or World Traveler for a special prize. When it begins, it’ll be available through October 31 or while supplies last.

Due to Hurricane Ian, it seems that the start date of Pluto’s Pumpkin Pursuit at EPCOT has been delayed, and Cast Members are not currently aware of when it will begin. Stay tuned to WDWNT for the latest updates.